Why Wisconsin May Not Be the Cheese Capital of the World

They sure love their cheese in Wisconsin, and they’re rightfully proud of their status as a leader in the cheese industry. But how does Wisconsin actually measure up? Is it truly the Cheese Capital of the World, or is that somewhat over the top?

Let’s find out whether this lofty claim is reality or just a little marketing hype.

Why Is Wisconsin Famous for Its Cheese?

You can’t have cheese without milk, and Wisconsin’s always had a lot of it. In fact, early European immigrants quickly took notice of the fertile grasslands there. By the 1840s, they produced so much milk that it seemed natural to start making cheese.

Today, Wisconsin has more than 1,200 cheese makers that churn out nearly 3 billion pounds of cheese a year. That’s more than any other state and accounts for about a quarter of the United States’ entire output.

What kinds of cheese? Cheddar and Colby are leaders in terms of production, but Wisconsin cheesemakers have diversified over the years to create many others. Of course, they are mostly cow’s milk cheeses and have grown to include many varieties, including Swiss and Italian styles.

Does Wisconsin Make the Best Cheese in the World?

Wisconsin cheeses consistently win top awards at national and international competitions. Just to name a couple, these include the World Championship Cheese Contest and the International Cheese and Dairy Awards.

That means that top experts in the dairy trade totally respect and recognize the quality of Wisconsin’s cheeses. But are they the best? Some might say they are, while others scoff at the notion.

The ultimate judge on what’s the best cheese is your own palate. There are textbook rules to follow when making cheese, but the quality may also be somewhat subjective. In that case, the only way to decide for sure is to taste as many cheeses as possible!

Which City in Wisconsin Claims to Be the Cheese Capital of the World?

It’s hard to talk about Wisconsin’s cheeses without mentioning the city of Plymouth. No, we’re not talking about the place in Massachusetts where the Pilgrims came ashore and settled. This particular Plymouth is a small city and major cheese center – about 15 miles inland from Lake Michigan.

It may seem a bit grandiose, but Plymouth actively proclaims itself to be the “Cheese Capital of the World.” The community celebrates this calling card every New Year’s Eve with a festive cheese drop.

To back up the claim, the city says nearly 15% of the cheese consumed in the U.S. passes through Plymouth. Another feather in its cap is that it was once the home of the National Cheese Exchange. That was the organization that set commodity prices for cheese.

Traveler’s Tip: Cheese is one of the essential ingredients for a good pizza! Find out Which Town Is the Pizza Capital of the World.

Is Amsterdam the Cheese Capital of the World?

There are other contenders for the title of Cheese Capital of the World, some of them thousands of miles from Wisconsin.

One place with such a claim is the province of Bergamo, in the Lombardy region of northern Italy. This is where they make the delicious Gorgonzola and Grana Padano, which is very similar to Parmigiano-Reggiano. Another famous local variety is Scamorza, which is often compared to Mozzarella.

Another strong challenger is Amsterdam, the capital city of the Netherlands. You may know Amsterdam for its architecture and art, picturesque canals, or inviting coffee shops. It’s also the center of a cheese-making heritage that stretches back to the 13th century.

Why Is Holland Famous for Cheese?

Visiting the Netherlands, you’ll realize quickly that cheese is a huge part of the everyday culture and has been for centuries.

There are many cheese shops and street markets where you can buy and sample different cheeses. In fact, Holland’s two most famous types of cheese, Gouda and Edam, are named after the locations of cheese markets.

But the Dutch don’t keep their cheeses to themselves. A long history of exporting cheeses to other countries may be why Holland is so famous for them.

Which Dutch Cheese Is Best?

It’s not as popular in America, but Gouda reigns supreme in the Netherlands and many other European countries. This mellow yellow cheese is usually somewhat soft but can be hard and crumbly as it ages.

Gouda has a smooth, almost creamy texture and a distinctively tangy finish. Like any great cheese, it’s extremely versatile, too. And because of the high fat content, it also melts easily.

Why Is Dutch Cheese So Good?

Like Wisconsin, the Netherlands has abundant and fertile farmlands that help to produce flavorful milk of consistently high quality. More specifically, there’s abundant rainfall that makes the grassy pastures a verdant wonderland for more than 1.5 million dairy cows.

Together they generate more than 3 billion gallons of milk each year. That’s why the Dutch produce so many remarkable dairy products, including their world-famous cheeses.

Which Cheese Is Made in Amsterdam?

While Edam and Gouda get most of the glory in Holland, cheese makers produce many other varieties. A cheese called Prima Donna is the Dutch’s take on Parmesan, while Maasdam is their take on the holey Swiss Emmental.

They’ve successfully tinkered with their mainstay Gouda, too. Old Amsterdam is matured longer for a firmer texture and a robust, almost nutty flavor.

Is Dutch Cheese Worth Switching to From Wisconsin Cheese?

Whether it’s the Cheese Capital of the Word or not, we would never suggest that you not enjoy cheese from Wisconsin. Thankfully, life isn’t always an either/or proposition. With that in mind, we’d suggest expanding your palate a bit by exploring the tasty world of Dutch cheeses, too.

While Wisconsin’s cheese era stretches back almost two centuries, the Dutch cheese masters trace their traditions to the 1200s. That’s another 600 years of experience and refinement, to which even Wisconsin’s most fanatical cheeseheads would likely tip their hat.

What are your favorite cheeses? 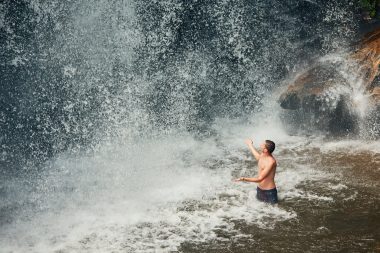 The Best Waterfalls to Visit in NY 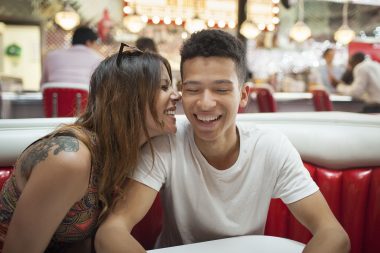