5 Reasons to Make Central City, KY, Your Next Getaway

But you might not know about their birthplaces. While Phil was born in Illinois, Don was born in Muhlenberg County, KY. The city of Central City has a monument established in their honor and an entire museum dedicated to honoring famous local musicians.

But Central City is more than just the birthplace of Don Everly. It’s a place of Southern hospitality and a place to relax outdoors and enjoy festivals and music events. Let’s look at five reasons you should make Central City, KY your next getaway.

Where Is Central City, KY?

Located right in the middle of Interstate 69 and Interstate 165 is Central City, KY. Bowling Green is a little less than an hour southeast. Paducah is about a 90-minute drive west and Evansville, Ind., is only about a 75-minute drive north. Central City is easily accessible from Highway 431 in western Kentucky as well.

What Is Central City, KY, Known For?

About 5,800 residents live in Central City, KY. The largest city in Muhlenberg County, it was originally established as Morehead’s Horse Mill in 1826.

About 50 years later, in 1873, it was renamed Stroud City in honor of John Stroud, a local landowner. Then, in 1882, it was renamed Central City because of the importance of the Central Coal and Iron Company.

It’s known for the Kentucky Motorsports Hall of Fame Museum, the Lu-Ray Park & Amphitheater, and the six miles of Rails to Trails that run through Muhlenberg County.

Traveler’s Tip: After a few days in Central City, take a 40 minute drive west to Dawson Springs for a slice of delicious homemade pie from Becky’s and fishing on Lake Beshear.

Central City, KY, sees a few inches of snow every year, so it’s best to avoid the winter months if you don’t like the cold. However, April gives way to cool temperatures and pleasant weather.

Various festivals take place during spring, summer, and fall. Depending on what you’re looking to do in Central City, any of those seasons are great times to visit.

5 Reasons to Make Central City, KY Your Next Getaway

If you’re a music buff, look no further than the Everly Brothers Monument and Muhlenberg Music Museum. If you love the outdoors, spend an afternoon walking the trail at the Central City Convention Center.

Love to shop and revel in finding the perfect trinket for family and friends? You have to make Pickers Place a stop during your visit.

Central City, KY, has something for everyone, so let’s dive in and learn more!

About: Just a three-minute walk from Stellian’s, the Everly Brothers Monument is opposite the Central City Tourism Commission office, which houses the Muhlenberg Music Museum.

The museum is a wonderful tribute to the Everly Brothers, John Prine, Merle Travis, and others who called Central City, KY, home at some point during their musical careers. But even if you don’t want to visit the museum, stop by and check out the monument. It’s hard to miss two giant guitars with “Phil” and “Don” printed on the front.

Google reviewers give this local attraction 4.6/5 stars. One visitor writes, “I visited this monument a few years ago, and it has since moved and expanded. It really is a nice tribute to a great pair of musicians. Sitting next to a large music museum, it has loads of Everly Brothers stuff. It also includes John Prine and a large section on Thumbpickers.”

It’s a must-see when staying in Central City, KY.

2. See A Show At The Lu-Ray Park & Amphitheater

About: The Lu-Ray Park & Amphitheater is a great place for the community of Central City, KY, to come together. The three acres feature a scenic walking trail, a covered pavilion, a veterans memorial, and a state-of-the-art amphitheater.

Outdoor events and concerts are held here throughout the year, and it seats up to 5,000 people. If you travel during October, make sure to stop in and see the Bluegrass Bomdiggity Festival.

3. Try the Eight-Pound Pizza At Stellian’s

About: Just a short walk from both the Everly Brothers Monument and the Lu-Ray Park & Amphitheater, Stellian’s is a local hotspot. This Italian restaurant serves its famous 8-lb pizza — that’s one pound per slice!

One reviewer writes, “Great place for great pizza and wings. Finally tried the eight-pounder. It was much better than I thought it would be. Yes, we had some left over, and it was even better the next morning. I highly recommend this place. We also had their milkshake. It is just as unique as their 8 lb pizza. Don’t leave without getting one of their out-of-this-world milkshakes.”

Put Stellian’s on your list of things to do when visiting Central City, KY.

4. Dig for Treasures at Picker’s Place

About: About a five-minute drive from Stellian’s is Picker’s Place and Vendors Mall. If you’re looking for unique gifts or a souvenir or two, you’re bound to find it here.

About: Open 24 hours a day, take a break, and enjoy the outdoors along the Central City Convention Center Walking Trail.

One Google reviewer explains, “Beautiful and well kept all year round. You’ll see various wildlife, from deer and multiple types of water birds to the occasional coyote. Great for bikes, walkers, and runners.”

This walking trail connects to the Muhlenberg County Rails to Trails, a six-mile trail that links Greenville, Powderly, and Central City.

Where to Stay Near Central City, KY

There are a few hotels off Highway 431 in Central City, KY, but if you’re looking for a true taste of this area, check out one of the campgrounds below.

Western Kentucky RV Park is only a five-minute drive from the Everly Brother Monument, Stellian’s, and Lu-Ray Park & Amphitheater. If you want to stay out of Central City, Horseshoe Acres Campground is about a 20-minute drive west.

About: Open all year, the Western Kentucky RV Park is centrally located to do everything mentioned above in Central City, KY. The 50 pull-thru sites offer RVers full hook-ups.

Additional amenities include Wi-Fi, laundry, mail service, exercise equipment, and more. Reservations are made through CampSpot and average about $40 per night.

About: Located in Bremen, KY, Horseshoe Acres Campground offers RVers full hook-ups all year. It’s $30 per night or $400 for a month.

There are wide open green spaces, perfect for family recreation. If you want to explore more of western Kentucky, this is a great option because of its proximity to Madisonville, Nortonville, and Central City.

When traveling through western Kentucky along the Western Kentucky Parkway or Highway 431, make a pitstop in Central City. You won’t have the Friday night lights and crowded streets, but sometimes it’s nice to get away from that atmosphere and relax.

You will find live music, good cooking, and Southern hospitality. And you don’t have to be an Everly Brothers fan to enjoy that. So take a break from your typical routine and your typical road trip destinations and journey into Central City, KY. You’ll be glad you did!

When will you visit Central City? 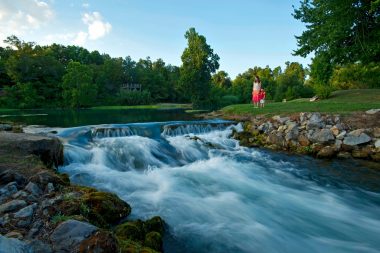 5 Ways to Do Cherokee Village, AR, Like a Local 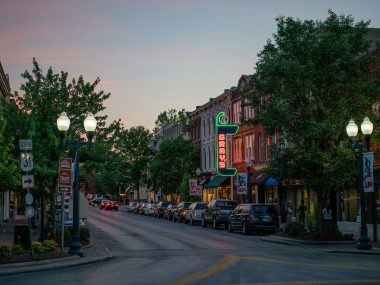