The History of the Haunted Captain Grant’s Inn

When looking for a place to spend the night, you might look for a continental breakfast, swimming pool, or Wi-Fi. Booking a stay at Captain Grant’s Inn provides one amenity many businesses might try to hide, ghosts. However, this has become a selling feature that attracts those obsessed with paranormal activity.

Today, we’re looking at the history of Captain Grant’s Inn and why many believe it offers more than just a bed and breakfast. Let’s take a look!

About the Haunted Captain Grant’s Inn

This bed and breakfast is a special place and has been around for more than 200 years. As a result, there’s a lot you need to know about Captain Grant’s Inn. Let’s start by looking at some of the history and specifics of this property.

Where Is Captain Grant’s Inn?

Captain Grant’s Inn sits in the southeastern corner of Connecticut. The inn is between the Foxwoods and Mohegan Sun Casinos in Preston, Conn. It’s approximately 45 miles from Hartford and just off I-395.

When Was It Built?

Captain William Grant built the inn in 1754. While it was originally a farmhouse, Warren and Nora Strong purchased the property in 1969 and made the necessary conversions to make it into a bed and breakfast in 1993. However, Carol and Ted Matsumoto are the current owners and have owned it for more than 25 years.

The home is now well over 200 years old and is on the National Register of Historic Places. It stands just as beautiful as when Captain Grant had it built.

Captain William Grant lived in the home with his wife and three children. Additionally, three generations of Grants lived in the house before it left the family.

However, the home served as a shelter for runaway slaves and Continental soldiers while the Grants lived there.

When the home left the Grant family, it changed hands a handful of times before the current owners, Carol and Ted Matsumoto, took over ownership of the inn.

What Is It Used for Today?

The inn has served as a bed and breakfast since the mid-1990s. It has been rather busy, especially after a popular Netflix show, “28 Days Haunted,” featured it as one of the most haunted locations in the United States.

Traveler’s Tip: On the hunt for a haunt? You’ll love exploring This Spooky Tunnel and More at Steep Rock Preserve, CT.

For years, ghostly rumors have swirled among locals that Captain Grant’s Inn contains spirits and paranormal activity. However, those rumors were confirmed when the inn was featured on “28 Days Haunted,” where experts tour some of the most haunted spots in the country.

The owners confirm the haunted atmosphere by stating that the spirits are friendly but protective. While some visitors to Captain Grant’s Inn describe it as spooky or chilling, many guests enjoy their stay and don’t experience any paranormal activity.

How to Stay at Captain Grant’s Inn

Whether you’re into paranormal activity or want to stay in a 200-year-old bed and breakfast, it’s possible. Let’s look at a few ways to experience Captain Grant’s Inn for yourself!

Captain Grant’s Inn features seven rooms guests can reserve. Two of the rooms (Holly and Margaret) are in the adjacent home that once served as a blacksmith shop during the 1600s. The rest of the rooms are in the original house Captain Grant built for his family.

Each room offers a unique look and personality. From open beamed ceilings to a custom duvet handcrafted by the inn’s owner, there are plenty of details to enjoy about these rooms. They’ve gone out of their way to maintain the inn’s rustic look. However, electricity and indoor plumbing are perks the Grants wouldn’t have had in the original house.

The inn has been serving a family-style breakfast each morning since its doors opened in 1995. Guests rave about the food and the experience of getting to know other guests. To avoid guests having the same meal each morning, they change their menu and can accommodate any diet.

Coffee, tea, and hot cocoa are available by 7:30 a.m. during the summer and 8:00 a.m. in the winter. Breakfast is usually Ted’s Bacon Breakfast, Carol’s French Toast, or their popular southern breakfast. You’re in for a treat no matter which option they’re serving.

While the inn doesn’t offer official tours, many guests say Ted and Carol don’t mind showing off the place. While they’re likely to respect the privacy of other guests, they’ll show you what they can and tell you all about their property.

They’re proud of their inn and love to share it with anyone who wants to stay.

Captain Grant’s Inn is the ideal spot for many couples to tie the knot. The inn has four acres of gorgeous land, enough space for any size wedding.

In addition, there are plenty of rooms for wedding participants to relax and get a solid night’s sleep before the big day.

Traveler’s Tip: Be warned, these 5 Creepy Abandoned Place in Connecticut will send shivers down your spine.

Is It Worth Visiting the Haunted Captain Grant’s Inn?

Captain Grant’s Inn is a gorgeous bed and breakfast with owners who will make you feel at home. Whether you love paranormal activity or 18th-century architecture, there’s some of both at the inn. Allow yourself to unwind and experience a piece of history for a night or two during your next adventure.

You never know. You might be lucky enough to witness some ghostly activity during your stay. 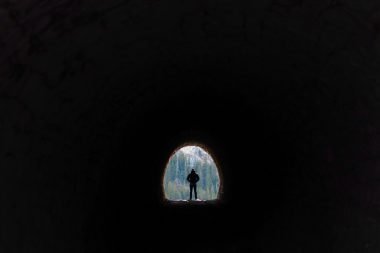