Home News & Opinion Can You Still Get Your Kicks on Route 66?

Can You Still Get Your Kicks on Route 66?

Are you planning an epic road trip and wondering if Route 66 is still a thing? Well, you’ve come to the right place. In this article, we explore Route 66 at its finest, including its history, length, and the must-see sites along its path.

Ready to start your next adventure? Let’s dive in!

Route 66 (also known as US Highway 66) is 2,400 miles long and runs from Chicago to Los Angeles. Established in 1926, it served as a direct route from rural, isolated towns in the west and midwest to more expansive and populated cities.

While Route 66 was never the longest highway in America, it became extremely popular among migrants, truckers, tradespeople, and travelers of all kinds. It represented freedom and expansion and soon became an icon for the American road trip.

Did Route 66 Exist Before Anyone Had a Car?

When most people think of Route 66, they probably envision a car full of friends happily cruising toward the horizon. However, the origins of Route 66 began tens of thousands of years ago, long before cars were even a thought.

Native Americans were the first to trek across America, and the foot trails they made were known as “traces.” Early European trappers and pioneers of the 1700s and 1800s then used these traces as guides when making their routes.

Next came the First Transcontinental Railroad in 1863, which ran from Iowa to San Francisco Bay, California. This ultimately laid the ground map for what would become the drivable Route 66.

Can You Still Travel on Route 66?

If you’re planning a road trip across the U.S., you’re probably wondering if you can still travel on Route 66. Luckily, the answer is yes! In fact, most of the original route is still open for motorists, and there are many attractions to see as you traverse this historic passage. Next up, we’ll look at exactly how much of Route 66 you can still drive today.

How Much of Route 66 Is Still Drivable Today?

While it’s no longer possible to drive Route 66 from end to end, you’ll be glad to know that you can drive at least 85% of it. If you have an all-terrain vehicle, you might be able to get away with traversing even more of the route, but 85% is the number that most common vehicles can navigate.

For the portions of Route 66 that are impassable, there’s always an alignment that will connect you back to the route. Thus, Route 66 isn’t one linear route; it’s many put together. This doesn’t make it any less exciting, however. In fact, it adds to the thrill!

What States Does Route 66 Go Through?

Route 66 goes through eight states, all of which have unique beauty and attractions. These include Illinois, Missouri, Kansas, Oklahoma, Texas, New Mexico, Arizona, and California.

You’ll be able to enjoy the expansive plains of the Midwest, the ever-changing terrain of Texas (and real tumbleweeds), the ethereal skies of New Mexico, and the unique desert vegetation of Arizona and Southern California. One thing’s for sure; you won’t get bored on this voyage — especially if you’re new to this part of the country.

How Long Will It Take to Drive Route 66?

Technically, if you drove at 50 mph nonstop from the beginning to end, it would take you about 48 hours to complete Route 66. But because that’s neither possible nor desirable, you should plan at least three weeks for your trip.

Three weeks gives you time to explore Chicago, Oklahoma City, Cadillac Ranch in Amarillo, TX, Santa Fe, NM, and even a quick Grand Canyon detour in Arizona. This is just a handful of the many places to see along Route 66. And, coming from experience, you never know what you’re going to stumble upon along your journey. The last thing you want is to feel rushed.

What Is the Most Scenic Part of Route 66?

Are you wondering which part of the Mother Road you just can’t miss? While there are many scenic drives along each of the eight states, Arizona is truly where it’s at. You can visit the Petrified Forest National Park that lies within the Painted desert, see the wigwam village in Holbrook, and “stand on the corner in Winslow, Arizona.”

You’ll also see Meteor Crater in Winslow, the historic ghost town Two Guns, the beautiful town of Flagstaff, and the fun downtown of Williams. All in one state.

Traveler’s Tip: If you’re in to cycling, you’ll love these 7 best road biking routes to explore in Arizona.

What Time of Year Is Best to Do Route 66?

There is really no “best” time of year to do Route 66, as each season will have its advantages and disadvantages. Just keep in mind the different climates you’ll be traveling through on your journey.

For example, if you plan to travel through the winter, Chicago will definitely be chilly, while Arizona and California may have perfect 70-degree weather. Likewise, if you plan on traveling during the summer, the weather might be perfect until you encounter the sweltering heat of the southwestern states.

If you’re starting from the east, you may want to begin your trip in the Fall. This way, it won’t be freezing when you’re in Chicago. And by the time you reach New Mexico, it may be cooling off a bit. Nevertheless, beware of the storms through the midwest throughout the Fall and Spring (and really, any time of year). These can range from treacherous snowstorms to full-blown tornadoes.

Who First Recorded “Get Your Kicks on Route 66?”

It was none other than Bobby Troup who wrote and recorded the famous song, “Get your Kicks on Route 66”. He was no stranger to the beauty of the American road trip and composed the song as he drove along the Mother Road. It was then made famous by the King Cole Trio, Bing Crosby, and the Andrews Sisters and is now an essential part of any road trip playlist.

Is Route 66 Still Worth Doing?

So, should you plan a Route 66 road trip? Absolutely! In fact, it should be on everyone’s bucket list. You’ll learn about history, enjoy quirky roadside attractions, and witness some of the most beautiful scenery you’ll ever lay eyes upon. There’s really no better route to travel if you want to experience America at its core.

Have you ever traveled Route 66? Tell us about it in the comments below! 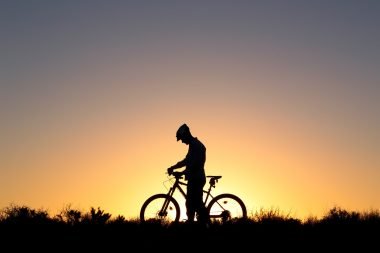 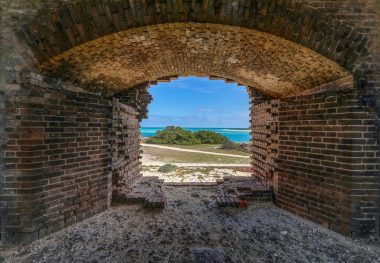 6 National Parks in the Southeast Region of the U.S. That Will Surprise You