Home South Texas How to Spend a Perfect Day in Buda, TX

How to Spend a Perfect Day in Buda, TX

Regarding its relationship with nearby Austin, you could say that Buda, TX, is so close and so far away. Buda has always kept a pretty low profile, and that hasn’t changed despite being part of a metro area of more than 2 million people.

So far, this city just south of Austin is staying pretty grounded despite the incredible growth that’s swirling around it. Let’s find out why more people than ever are happy to call this budding community home.

Buda is just off Interstate 35, about 15 miles south of Austin and 65 miles north of San Antonio. Located in Hays County, it was established in 1881 as a railroad town called Du Pre.

They soon changed their name to Buda, but the exact reason is unclear. One version says it’s a nod to Hungarian immigrants’ old home of Budapest.

Instead, it may be an Americanized version of the Spanish word for widow. That explanation says the name honors two women who worked as cooks at a popular hotel in those days.

Buda’s first boom period ended with the Great Depression, but it’s seeing a surge again because of Austin’s explosion in popularity. People are moving to Buda, TX, and other outlying towns because they are more affordable. In the process, they’re finding – and in some cases forging – their own sense of community.

Buda’s population more than doubled in 10 years between the two most recent census counts. The last recorded numbers are 17,922. You can guarantee it’s higher than that, though, because more people are moving here every day.

Traveler’s Tip: I-35, US-290, SH 130… We may all recognize these as road distinctions, but have you ever wondered what highway numbers really mean?

What Is Buda, TX, Famous For?

Just about every place has a claim to fame, and Buda’s has to do with something that’s right up our alley. In 2005, the Texas Legislature designated Buda as the “Outdoor Capital of Texas.” This was because of the community’s abundance of public parks and its residents’ love for outdoor activities.

The city has more than a dozen scenic parks, including the 54-acre Stagecoach Park on Onion Creek. That park alone is just one of many terrific places to visit in Buda, TX. Keep reading for more great reasons to visit this growing community in Central Texas.

How to Spend a Perfect Day in Buda, TX

The casual coffeehouse culture is pretty big in this part of the world, so we’ll start there before heading outdoors. Then, we’ll work up an appetite for a mid-day lunch experience you won’t forget and have a leisurely afternoon downtown.

How about dinner and a movie as a nightcap? Where we wind up for the night will surely surprise you.

The pulsing heart of this community is right downtown, and that’s where we’ll kick off our day. Don’t worry – we’ll be seeing this part of Buda, TX again.

They like to do things their own way in Texas, and sometimes that means the coffee will have a distinctive smoky flavor. At Summer Moon, they roast every batch of their organic, fair-trade beans in their brick roasters over seasoned oak.

If you desire, their somewhat mysterious Moon Milk enhances the cup. It’s their special sweetened cream they used for their lattes and other specialty drinks. You can find your sweet spot by ordering by the light of the moon. The amount of cream ranges from a quarter moon to a full one, which is the Summer Moon.

This is another one of Buda’s parks, just a few blocks from Main Street, and is known for its ponds stocked with catfish. If you say you never have time to do any fishing, here’s your chance.

The Bradfield Village Park covers 31 acres and has a playground, a gazebo, picnic tables, benches, and a barbecue grill. There’s a mile-long trail around the ponds and some ducks and geese. If your dog is traveling with you, here’s a good place to romp a bit.

For such a small town, there’s a happening restaurant scene. We’ll get our first taste, and it may not be what you’re expecting.

Enjoy a Cajun Lunch at Mudbugs

With so much barbecue and Tex-Mex in this region, Cajun cooking is almost a novelty. So when you run across a place that does them right, it makes sense to stop.

“Mudbugs” is a nickname for crawfish, but this namesake restaurant’s culinary goals are loftier. In their words, it’s elevated Cajun cuisine, so expect creative and spicy takes on classic Louisiana flavors.

You could say their menu is inspired by them but not limited to them. As they say, their menu is “purposefully packed with love, respect, and a complete disregard for restraint.” You could easily say the same for their beer, wine, and cocktails.

Shop ‘Till You Drop in Downtown Buda, TX

Many people come to Buda from miles around to shop at the big-box outfitter Cabela’s, out on the highway. The six-block Main Street historic district provides a completely different experience. The Buda Soda Fountain will take you back to the times when drug stores served up milkshakes along with their elixirs.

Buda Mercantile Co. is in a limestone building that dates to 1898, but it’s not stuck in the past. It’s a contemporary general store that stocks the works of local artists and authors, along with earth-friendly home goods. It’s also a communal space that offers an array of classes and workshops.

We’ll start the night at another of Buda’s favorite eateries, and then it’s showtime. How long has it been since you’ve been to a drive-in?

Dinner and Drinks at Brooklyn’s Down South

No, these aren’t New York dishes that are coming down south. The restaurant bears the name of owner Brooklyn Robertson. His menu mixes it up with American, Cajun, and Mexican flavors, from Crab Stuffed Avocados to Huevos Divorciados.

Vegetarians will love the BBQ Cauliflower Steak or Mushroom Penne Pasta. Rather than a formal dining experience, Brooklyn’s welcomes a casual crowd with a serious love for adventurous flavor combinations. It’s cozy and relaxing but lively at the same time.

For another trip down memory lane, this throwback theater offers classic movies on two big outdoor screens. Just find a great parking spot and watch from the comfort of your vehicle at Doc’s Drive-In.

And if you want to chat during the film, you won’t have to worry about bothering other viewers. For audio, you can either tune in to a radio station or roll down your windows a bit to listen to the outside speakers. (When the weather’s nice, some people like to bring comfy chairs and sit outside their vehicles.)

You won’t be hungry after your experience at Brooklyn’s, but they also serve food and drinks — not just popcorn and sodas.

Where to Spend the Night in Buda, TX

When the credits roll, you don’t have to leave. As part of their concept to offer much more than a movie, Doc’s Drive-In also has mini homes for rent.

These kitschy compact rentals are a comfortable distance away, but it’s still possible to catch a movie from your front doorstep. There are three tiny homes here, all with a Hollywood theme. One pays tribute to the futuristic artistry and vision of George Lucas. Another has a Harry Potter design scheme, and the third celebrates the “sass and class” of the timeless Audrey Hepburn.

Along with sleeping space, a bath, and a full kitchen, you’ll find DVD players loaded up with movies that push the theme. Each one is surprisingly spacious and has its own yard and private deck.

For complete details, you’ll find them on Airbnb. Each has its own listing: A Galaxy Far, Far Away, Wizarding World Theme, and Breakfast at Audrey’s.

Enjoy Your Day in Buda, TX!

There was a time when very few travelers would think of Buda, TX, as a destination. But times have quickly changed. The creative energy and love of life that defines Austin is spilling over into surrounding communities like Buda, TX.

Here’s your chance to tap into that spirit without having to deal with all the hustle and bustle. Buda is a short drive from Austin, and it’s pretty close to San Antonio, too. It’s an excellent spot down the road that’s certainly worth visiting as an alternative to those larger cities. 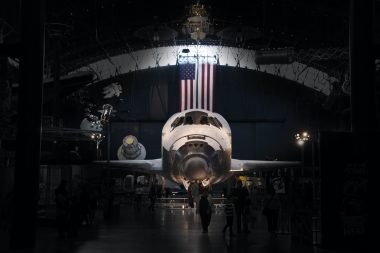 How to Spend a Perfect Day in Chantilly, VA 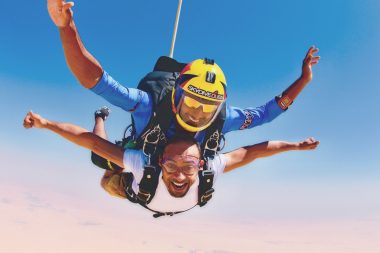 How to Spend a Perfect Day in Cushing, OK