Home Midwest Missouri Get Hopped Up at the 7 Best Breweries in St. Louis

Get Hopped Up at the 7 Best Breweries in St. Louis

Tourism is a massive part of the economy of St. Louis, Missouri. The city relies on visitors to spend money on its various restaurants, breweries, local attractions, museums, and music venues. President of Explore St. Louis, Kathleen Ratcliffe, says that about 25 to 26 million visitors come to St. Louis yearly, and they employ more than 88,000 people in tourism-related businesses. So if you’re one of the millions of people planning a trip to Missouri this year, let’s look at seven of the best breweries in St. Louis.

Get ready to get your drink on in the Show Me State!

What Is St. Louis Known for?

For many people, St. Louis is known for the Gateway Arch. It’s the city from which Lewis and Clark launched their expedition. The Old Courthouse, where courts heard the Dred Scott case is also part of the Gateway Arch National Park.

Additionally, the 1904 World Fair and Olympics were here. The city is also famous for its blues history and music scene and its unique food options. You can’t go to St. Louis without trying St. Louis-style barbeque.

Are Breweries Popular in St. Louis?

St. Louis has been “Best Beer Scene” for multiple years by readers of USA Today, outranking cities like Asheville, Chicago, and Denver. St. Louis has historically had high numbers of German and Irish populations, and the city is home to Anheuser-Busch, the world’s largest brewer.

However, it’s the small-town craft breweries that make St. Louis special. Each brewery offers something different and makes building community and giving back to the community top priorities.

Traveler’s Tip: Go for an adventure in one of these 7 Best Small Towns in Missouri.

St. Louis has many craft breweries. No matter what kind of atmosphere you’re looking for or what ales you’re craving, there are dozens of options. Here are the best breweries in St. Louis to make your visit enjoyable.

About: In 2006, Square One Brewery and Distillery began operations, focusing on creating unique flavors. The historic location captures the architecture of old St. Louis for a very relaxed vibe. The drink menu consists of beer, cocktails, and wines, and the food menu offers appetizers, salads, pub sandwiches, and entrees. They serve brunch on the weekends.

Signature Beer: From the Urban Kölsch to the Schnickelfritz Bavarian Weissbier, if you’re looking for German beer, this is the place to get it. Thrales Russian Imperial Stout and Bushelhead Cider are also available on tap.

About: Since its founding in 2011 in the LaSalle Park neighborhood, 4 Hands Brewing Company has offered a variety of seasonal and limited-release beers and seltzers. There are ten “Core Beers,” roughly two dozen seasonal beers, and limited-release beers that vary yearly. Beers include berry, chocolate, vanilla-infused flavors, and traditional ales.

Signature Beer: You can enjoy a light beer like the Golden Blonde Ale, go nutty with the Pecan Brown Ale, or savor the caramel of the Irish Red Ale. One of the most popular offerings is the Vanilla Bourbon Porter; they produce a new seasonal batch yearly.

Signature Beer: If you’re looking for a sweet flavor, try the Intentionally Indulgent ale, an Imperial Stout with coffee, chocolate, and vanilla beans in the fall. For a more fruity taste, visit in the summer and sip the Poolside Breeze, a Berliner Weisse-style ale with hibiscus, passionfruit, mango, lemongrass, orange peel, and rose hips.

About: With its 2009 origin in New Haven, Missouri, 2nd Shift Brewing has served the city of St. Louis in the historic Hill neighborhood since 2016. They regularly hold watch parties, and food trucks frequently set up and help create a fun atmosphere at 2nd Shift Brewing. Every week, patrons will find beer specials, events, and activities.

About: The original locally-owned independent craft brewery in Missouri, Schlafly Bottleworks, has been hand-brewing authentic beers since 1991. The environmentally-conscious company worked closely with Energy Solutions to make sustainable decisions during the Bottleworks Brewpub design and building process.

Today, patrons can order appetizers, salads, sandwiches, burgers, pizzas, entrees, and desserts while sipping over a dozen beers Schlafly Bottleworks has on tap.

Signature Beer: The Mexican Chocolate Stout is inspired by the characteristics of Mexican hot chocolate. The Kölsch is a World Beer Cup Gold Medalist, and the Pale Ale is the original St. Louis Pale Ale.

When Is the Best Time to Visit St. Louis?

The best time to visit St. Louis is spring and fall because of the favorable temperatures. Snowstorms can blow in during the winter, and heat waves make summer almost unbearable. You’ll find all the touristy attractions open. Plus, fall and winter are good sports seasons to catch a game.

After you’ve savored the deliciousness at Pappy’s Smokehouse or Sugarfire Smoke House, it’s time to hit the streets and visit the best breweries in St. Louis. Watch a game, play a round of trivia, or relax with friends. You won’t be disappointed with the brewery options in St. Louis. Find out why the city was the “Best Beer Scene” in USA Today.

When will you visit, and where will you order your first brew? 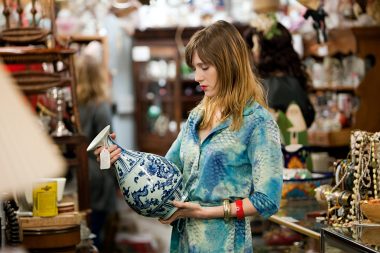 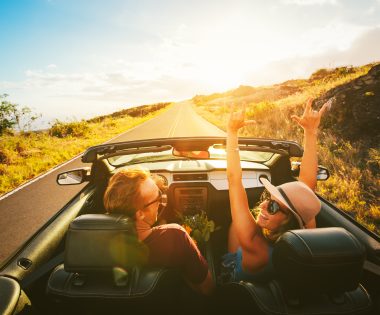