Have you ever wondered what the best breweries in Cleveland are? Wonder no more. We have you covered when crafting your next brewery trip to Cleveland. With plenty of beer to enjoy while visiting Lake Erie and all that Cleveland offers, a trip to this Midwestern city should be on your bucket list. Let’s dive in!

What Is Cleveland Known for?

Cleveland is a city with many attributes and a rich history. These qualities shine through in the city’s natural beauty, landmarks, cultural events, art galleries, boutique shops, diverse neighborhoods, and family-friendly activities.

There are also many beautiful parks, including Edgewater Beach, with outdoor attractions and activities like paddle boating, swimming pools, walking trails, and more. From sporting events and summer festivals to waterfront concerts at Lake Erie, Cleveland has something for everyone.

The city isn’t only about entertainment, though; it has become an epicenter for manufacturing due to its location between river banks and Lake Erie.

While people may know it for all of the above, what makes Cleveland famous is the Rock and Roll Hall of Fame, hosting artists like Billy Joel, Chuck Barry, Aretha Franklin, and many more.

Cleveland is a unique place full of experiences waiting for discovery!

Are Breweries Popular in Cleveland?

Also awaiting discovery within Cleveland are its many craft breweries. Although discovery may be the wrong word, many people are aware of the plethora and greatness of Cleveland’s brewery scene.

With over 30 breweries, many within walking distance of each other, Cleveland may be a town with the Rock and Roll Hall of Fame, but we think it should also be famous for its vibrant craft brewery scene.

Combine the beer with Cleveland’s loyal sports fans and Lake Erie, and you have a trifecta. Breweries pair well with everything Cleveland offers.

Traveler’s Tip: Before you grab a pint at a Cleveland brewery, take some time to Visit the Single National Park in Ohio.

From Ohio City to downtown Cleveland and the outlying areas, there’s no shortage of craft breweries in this lakeside town. You’ll find classics for newbies, but regardless of where you end up, you’ll find quality beer, good conversation, and a happening craft beer scene.

It is working its way toward the fame of other well-known craft beer cities, like San Diego, Portland, and Denver, to name a few. We have six best breweries to get you started on your Cleveland brewery tour.

About: Great Lakes Brewing Company (GLBC) is Cleveland’s original craft brewery. Dating to 1988, it resides in the Ohio City neighborhood, where it has become a staple to the community and many other states. With distribution to 14 states and the D.C. area, GLBC is well-known across the country for its high-quality brews.

But they don’t stop at beer. They are a full-service brewpub offering a wide variety of classic pub fare and gourmet-style food alongside its taps.

About: Masthead Brewing Company has made a name for itself, and it’s easy to see why. They have wood-fired pizzas and an excellent selection of diverse beers that they often release in small batches.

It’s also an ideal place to catch a game or two on their many screens. It’s even more impressive when you consider that they house themselves in an old auto dealership. The building is now on the National Register of Historic Places.

About: With a daily rotation of seven to eight taps, Forest City Brewery offers something new daily. They have classic Euro-style brews you know and love to unique specialty brews featuring adjuncts like passion fruit, coffee, and more. There is always something unexpected on tap.

Guests can enjoy the intimate and cozy taproom they made from reclaimed materials for extra charm. Feeling a little outdoorsy? Relax in their beer garden, where you can chill out under famous trees like “Big Red,” the tallest Red Mulberry tree in Ohio, or under the giant sycamore tree “Sycamore Sid.”

About: Noble Beast Brewing Company is one of the best breweries in Cleveland. It’s a family-run business offering an extensive range of traditional and experimental beers with a farm-savory menu.

Down to earth, yet a step above the rest, Noble Beast isn’t your typical brewery. It emphasizes creating an atmosphere for people to come together over fantastic beer and food.

About: Platform Beer Company has become one of the best breweries in Cleveland, and they have made a mark across Ohio. They started in 2014 with their Ohio City Taproom in Cleveland. Then they opened tasting rooms in Columbus and Cincinnati. Part of what makes Platform Beer Co so excellent is its unique Phunkenship Program, a sour beer-making facility.

In addition, a converted shipping container set offers outdoor seating perfect for almost any day of the year. Whether indoors or outside, Platform Beer Co provides a unique experience that brings locals and tourists back for more.

#6 Butcher and the Brewer

From small plates to full entrees, Butcher and the Brewer’s kitchen sources seasonal ingredients from local businesses. Additionally, they carefully craft all their beers in their brewery. They have experienced artisans who hone the classics while adding innovative genius.

When Is the Best Time to Visit Cleveland?

If you are looking for the best time to visit Cleveland for a beer, anytime is ideal. However, from spring until fall, you’ll experience mild weather without winter’s chill. The mild climate and beautiful outdoor attractions make Cleveland a lovely place to visit, no matter the season.

During warmer months, you can enjoy strolling around the city’s downtown area or exploring the many magnificent parks. You can also take in breathtaking views of Lake Erie. Spring, summer, and fall are all excellent seasons to check out some of Cleveland’s best breweries.

If you want to cool off during summertime, there are many beaches along Lake Erie where you can grab an ice cream cone and relax in the sun. For those who love to see the fall foliage, late September through early October is a picturesque time.

From vibrant festivals to unique shops, this dynamic city has plenty to experience throughout the year. There isn’t an inopportune time to go!

If you’re looking for a beer-soaked good time, look no further than Cleveland. The city and surrounding area are home to some of the best breweries in the country, so there’s something for everyone.

Whether you want to explore new craft beers or stick with your old favorites, Cleveland is the perfect place to do it. So raise a glass to America’s new favorite pastime and enjoy a cold one on Lake Erie. After all, beer pairs well with everything, especially Cleveland.

Will you add Cleveland to your next road trip? 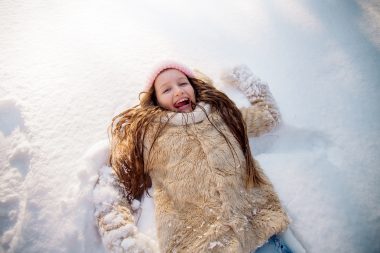 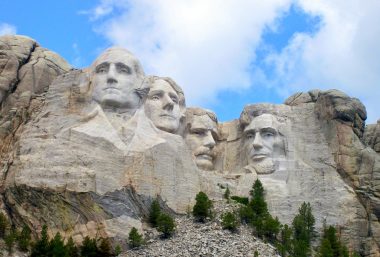 What's Really on the Backside of Mt. Rushmore?