If you’re looking for an adventure and a chance to get off the beaten path, add Blue Cliff Monastery in New York to your bucket list. This monastery is well worth the visit, but keep in mind that it’s not easy to find.

Once you find it, though, you’ll indulge in some of the most beautiful views in New York. It’s also a peaceful, calming place, but you don’t have to come specifically for meditation. Want to know more? Let us show you the way to Blue Cliff Monastery!

What Is a Monastery?

A monastery is a building or group of buildings where monks, nuns, and others live, work, and pray together. Monasteries vary in size and layout, but they typically include a place reserved for prayer, a library, sleeping quarters, and communal areas for eating and relaxing.

Most monasteries are self-sufficient communities, with the monks growing their own food and sometimes even making their own clothes. Monasteries have existed for hundreds of years, and they continue to play an important role in the religious lives of many people.

For some, monasteries are places of retreat and contemplation where they can escape the hustle and bustle of everyday life. For others, they are simply places of worship where they can come to feel closer to their spiritual roots.

But no matter what role monasteries play in people’s lives, they remain an important part of many religious traditions.

Where Is Blue Cliff Monastery?

Blue Cliff Monastery is located in Pine Bush, New York, amid the lush greenery of the Hudson Valley in the Catskills region. It’s about two hours northwest of New York City, close to the Shawangunk Ridge and Roosa Gap State Forests.

The monastery covers 80 acres of forested land, and it includes the main temple, several residential buildings, a meditation hall, and a bookshop. It’s part of a large family of monasteries that includes the French monastery Plum Village, which is Blue Cliff’s root monastery.

At one time, Blue Cliff was a family-owned summer resort. It has been in operation since 1939. The resort was renovated and winterized in its conversion into a monastery. There are still more additions coming. The Great Togetherness Meditation Hall was built in 2008 and can accommodate up to 800 people.

Blue Cliff is a place for people to unite, quiet their minds, and enjoy the wonders of life. They do this through sitting meditation practices such as mindfulness or deep relaxation sessions. These help cultivate happiness in daily living by bringing peace into one’s heart and body connection.

Why Is Blue Cliff Monastery Secret?

Don’t worry; the Blue Cliff Monastery isn’t some sort of weird cult. It’s a warm, welcoming place that invites anyone and everyone to visit for a day of mindfulness and tranquility.

The reason why it’s such a secret is simply that it’s not an easy place to find. It’s nestled among 80 acres of forested land in the Catskills region of New York. That means it’s about two hours from New York City and at least that far from any other large metro area.

Can You Visit Blue Cliff Monastery?

Yes. Visitors are welcome for day visits and overnight stays, and the monastery also offers programs for children and families. In addition to its Buddhist roots, the monastery is also influenced by the teachings of Thich Nhat Hanh’s native Vietnam. As a result, it has a unique blend of traditions that make it an exciting place to visit.

What Other Monasteries Can You Visit in New York?

Blue Cliff Monastery is a popular destination for visitors interested in monastic life, but there are other monasteries in New York. The state is home to dozens of monasteries, each with its own history and traditions.

One of the most popular destinations is the Mount Saviour Monastery in upstate New York. A group of Benedictine monks founded the monastery in 1954. Today, it has beautiful gardens and a peaceful setting. Visitors can participate in the monks’ daily routines, attend mass, and explore the grounds.

Are There Monks in New York?

There are numerous monks living in New York. They come from all over the world and belong to many different religious orders.

While some live in quiet monasteries, others actively engage in city life. They serve meals to the homeless, teach meditation classes, or even work as cab drivers.

Traveler’s Tip: Take some time for your inner Zen by relaxing in the AIRE Ancient Baths in NYC.

Is Blue Cliff Monastery Worth Visiting?

Blue Cliff Monastery is a special place that’s worth visiting. If you’re looking for a place to find peace and quiet, this is the perfect spot.

The monastery offers visitors a chance to participate in the monks’ daily activities, which include meditation, eating meals together, and working in the gardens. You can also participate in special retreats or a simple day of mindfulness.

Whether you’re looking for a spiritual experience or just want to get away from it all, Blue Cliff Monastery is the perfect place for you. 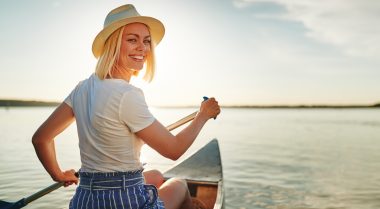 10 Most Beautiful Lakes in Connecticut Worth Visiting 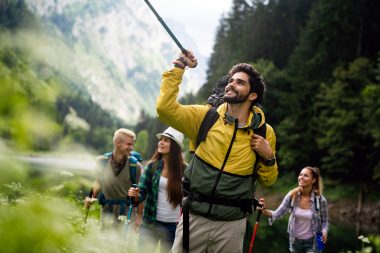 What You Need to Know About Zoar Valley Before You Go