Where Is Bill Gates “Smart City” in Arizona?

With all of the innovations in digital technologies, it’s easy to wonder what the world would be like if everything in our everyday life were run automatically. Would flying cars be the norm (aka, The Jetsons), and would our homes be talking to us? Would banks and DMV offices (and their long lines) become non-existent as their services become all-digital?

Well, we might find out sooner than you think, as Bill Gates leads the way toward the future. He’s going through with his plans for a “smart city” in the desert of Arizona.

The Microsoft billionaire is taking steps to create a community based entirely on digital technologies. This will include government services, urban transportation, and food production. It may become available in this planned city of 200,000 called Belmont.

What Is a Smart City?

A smart city is a municipality that uses digital technologies to make its infrastructure, transportation, and all of its services more efficient and useful.

Many supporters of the smart city concept see it as a partial solution to greenhouse gas emissions,

Where is Bill Gates “Smart City” in Arizona?

In 2017, Bill Gates purchased 24,800 acres west of Phoenix, Ariz., to build the world’s first smart city from the ground up. He called it “Belmont” and eventually houses around 200,000 residents.

Gates has been adding small parcels of land adjacent to his initial purchase, like the 2,800 acres acquired in Buckeye. And in 2019 and 2020, he issued over 5,600 new single-family residential permits. So it appears that things might be moving forward for Belmont.

Traveler’s Tip: Check out these 5 Refreshing Waterfalls in Arizona you can dip your toes into.

Gates’ initial investment of $80 million was based on his plan for a futuristic city. By purchasing desert land with no improvements, the billionaire can easily build the infrastructure.

They’ll add services and sell commercial and residential parcels when construction is ready. The town will then be totally dependent on smart technologies like high-speed internet and autonomous vehicles, with centralized networks for government, city services, and even agricultural yields.

With Bill Gates’ vision, there will be 80,000 residential units that will be joined by commercial, retail, and warehouse space, along with schools and green space. But one of the biggest downsides to his plan is the lack of water in the region.

The desert Southwest has been in drought for 22 years. There’s not enough water to support the existing population.

Gates plans to divide the 24,800 acres purchased for Belmont into 3,800 acres dedicated to office, retail and commercial space. There will also be 3,800 acres for industrial space, 3,400 acres of open green space, and 470 acres for schools.

That leaves 13,300 acres available for residential permits. If that remaining land were divided evenly between the anticipated 80,000 residential units that Gates has planned, each space would be just under one-fifth of an acre. Of course, many of these lots will be multi-family units like apartments and condominiums.

And although 5,600 residential permits have been granted, construction on infrastructure and services, as well as homes and businesses, has not yet begun.

What Belmont Will Include

Bill Gates has a full plan for his futuristic city of Belmont. In fact, his media company released a statement based on his specific outline for the community.

It says that Belmont would be “a forward-thinking community with a communication and infrastructure spine that embraces cutting-edge technology, designed around high-speed digital networks (5G), data centers, new manufacturing technologies, and distribution models, autonomous vehicles, and autonomous logistics hubs.”

In other words, everything will run on a digital platform.

With all integrated services, some who don’t endorse smart cities fear limited personal privacy. They also raise the issue of widespread system failure with networked towns. We’ll see when Gates opens Belmont for a trial run.

How Much Land Does Bill Gates Own in Arizona?

At last count, Bill Gates is the proud owner of 27,600 acres of barren desert land in and near Tonopah and Buckeye, Ariz., dedicated to the creation of Belmont. Other parcels across the state the Microsoft founder might own are unknown at this time.

But it’s worth noting that Gates owns the largest amount of farmland in the country, equaling 242,000 acres across 19 states.

Is It Worth Investing in Smart Cities?

Because the investment in a smart city is extremely expensive, serious thought and planning is crucial. There is a reason that only billionaires like Gates and Walmart’s former CEO Marc Lore are exploring these possibilities.

In Lore’s case, he is looking for $400 billion to kick off his smart city, still in the dream stage. But if money is of no concern, you may want to consider investing in some of the technology many will use in these cities. Even if a smart city doesn’t make it past the drawing board, it will be around for other uses.

What do you think about these smart cities? 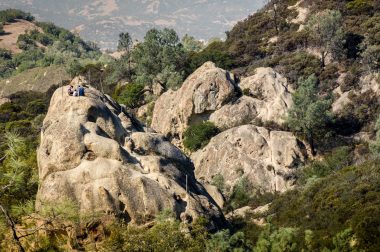 This Rock City Is a Stones Throw from Mount Diablo 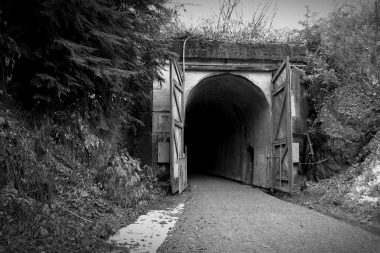 The Spooky Snoqualmie Tunnel Is a Perfect Weekend Adventure