Beercations are all the rage these days. Yes, people travel for beer. If you’re one of them, you know what we mean.

But what about traveling to Grand Rapids, Michigan? With the nickname The Beer City and more than 80 breweries on the official Beer City Ale Trail, it should be on your radar.

Grand Rapids is home to everything from the smallest experimental nanobreweries to some of the most prominent beer producers in the world. With such an embarrassment of beer riches, how does one expect to narrow it down to the best breweries in Grand Rapids, Michigan?

It would be almost impossible to go to them all. With that in mind, we’ve assembled a list of five breweries in Grand Rapids that you don’t want to miss. Pull up a barstool, and let’s get started.

Go On a Brewery Tour Of Grand Rapids, Michigan

Perhaps you only have a day or two to explore the Grand Rapids brew scene. That’s certainly not enough time to hit all 80-something breweries on the Beer City Ale Trail. However, it is more than enough time for a good brewery tour.

Just remember to err on the side of caution. When you can, walk from brewery to brewery. When it’s too far to walk, get a ride.

Traveler’s Tip: In the mood for more brews? Check out the 13 best breweries in Clearwater, Florida.

5 Breweries in Grand Rapids You Have to Visit

There is plenty of opportunity for a diverse array of offerings in Grand Rapids. The brewers there grabbed hold of that ethos with both hands, covering the gamut of nearly every beer style under the sun.

Breweries are often about much more than just the beer. The breweries we assembled also have quite the variety when it comes to the ambiance of their spaces.

Let’s dive into our list of the best breweries in Grand Rapids, Michigan.

About Brewery Vivant: Brewery Vivant is in a former funeral home and chapel. The brewery owners restored the building using its unique aesthetics to provide the perfect backdrop for brewing, which focuses on European beer styles.

Best Known For: Customers know Brewery Vivant for its wide variety. It focuses on Belgian and French beer styles that offer a unique twist due to their commitment to utilizing as many locally sourced ingredients as possible.

Know Before You Go: Brewery Vivant has a dinner menu every day from 3 p.m. to close while also serving lunch from 12 p.m. to 3 p.m. Friday through Saturday. They make all their food from scratch, and like their beer, they source as many ingredients as they can locally.

About Founders Brewing Co: Founders Brewing Co. is probably the most well-known Michigan brewer. Established during the craft beer boom of the late 1990s, Founders staved off a near-death experience with bankruptcy to become Michigan’s largest brewery and one of the oldest.

Best Known For: The brewery is known far and wide for its All Day IPA, an easy-drinking beer available across the United States. Beer circles also know Founders as one of the original barrel-aged beer producers with its KBS stout.

Know Before You Go: Founders has a gourmet deli on-site, services a wide array of beer styles, and has many live music events with artists ranging from local to national. They also host brewery tours. Unfortunately, you cannot bring your dogs to Founders.

About City Built Brewing: City Built Brewing opened its doors in 2017. It quickly became a local favorite with the motto, “You built our city, we brew its beer.” They brew a wide range of beers, from traditional styles to wildly experimental.

Best Known For: It’s the experimental beers that put City Built on the map. Beers ranging from a double-fruited lactose sour, a rye barrel-aged imperial stout, to a milkshake IPA with ground unicorn horn and extra giggles are City Built’s calling cards.

Know Before You Go: City Built has a stellar Puerto Rican-inspired menu based on the heritage of one of its owners. They host many events, ranging from game nights and live music to a running club. Dogs are not allowed inside the brewery, but they are welcome in its outdoor area.

About New Holland Brewing: Though it is much smaller than Founders, New Holland is still the largest independently owned craft brewery in Michigan. In addition to beer, New Holland also produces its spirits, including bourbon, gin, rum, and vodka.

Best Known For: The beer that made New Holland famous nationwide is Dragon’s Milk and its delectable variants. Dragon’s Milk is an 11.0% abv barrel-aged stout available year-round but released in an absurd amount of variations like salted caramel, mint, rye barrel-aged, peanut butter, and Mexican spice cake.

Know Before You Go: New Holland does serve food at its Grand Rapids brewpub location, also known as the Knickerbocker. They have an on-site butchery, though you don’t have to order an entire side of beef. Unfortunately, you cannot bring dogs to New Holland.

About The Mitten Brewing Company: The Mitten is a baseball-themed brewery and pizzeria that opened in 2012, the same year the Detroit Tigers last made it to the World Series. The brewery is in a restored Victorian-era firehouse, Engine House No. 9.

Best Known For: Visitors know the Mitten for its baseball theme and overwhelming commitment to the community. The brewery’s co-owners are lifelong residents of Grand Rapids, committed to community involvement and charitable giving from the day they opened.

The Mitten has several flagship beers, but guests perhaps know it best for its Triple Crown Brown Ale and West Coast Swing Red Ale, which have won medals at the World Beer Cup and Great American Beer Festival.

Know Before You Go: The Mitten also has artisan pizza with baseball-themed names. They host many community-involved events. The Mitten is also a dog-friendly brewery.

Try Some of the Best Breweries the Next Time You’re in Grand Rapids, Michigan

You could try some local brews next time you get around to traveling to Grand Rapids. If you are a beer enthusiast of any ilk, you should prioritize it.

After all, you don’t earn the nickname The Beer City by happenstance. 80-plus breweries are more than enough reasons to visit. But if that weren’t enough, how about the fact that there are around 400 breweries statewide in Michigan?

If we haven’t convinced you yet, there is nothing left to be said. Now that we’ve shown you some of the best breweries in Grand Rapids, Michigan, be safe about it, but get out there and drink it all in! 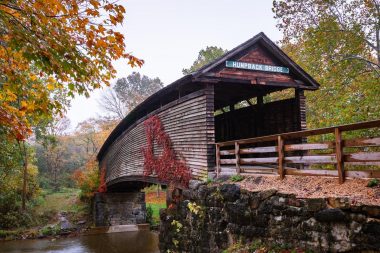 Plan Your Trip to Covington, VA 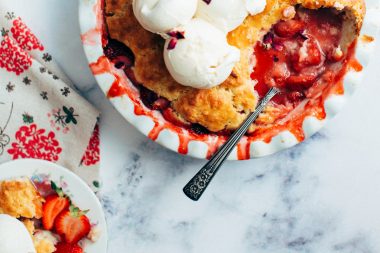 5 Ways to Do Dawson Springs, KY, Like a Local