7 Reasons to Make Berryville, AR, Your Next Getaway

Snake World, Cosmic Cavern, Farmer in the Deli, and the Horseshoe Grill beckon visitors just by their names. So, where can you find these unique places?

With a population of about 5,500, Berryville, AR, illuminates small-town charm. Berryville, located in the Ozarks, welcomes visitors traveling along US-62, the only highway that connects Canada to Mexico.

But it’s not a small town with nothing to offer. Let’s take a closer look at why you should add Berryville, AR, to your list of getaways.

All About Berryville, AR

Many towns are named after the explorers or government officials who founded them but not Berryville. This town got its name by a coin flip. Two early settlers wanted the honor of naming the newly discovered town, so they settled it by a coin flip. Blackburn Henderson Berry won.

Today, Tyson Foods is one of the largest employers in the area, which has given Berryville the nickname “Turkey Capital of the World.” But even with this large industry establishing its home in Berryville, this area still maintains its small-town atmosphere. Berryville has also become a popular motorcycle tourist destination, as riding groups and sightseeing tours stop in this quaint town for dining and shopping.

7 Reasons You Need to Visit Berryville

From historic museums to vintage car shows to bottomless lakes, there are quite a few reasons you should visit Berryville, AR. If your children love ice cream, make sure to book a stay during the annual ice cream social. If your teenager loves learning about snakes, put Snake World on your list. And if your spouse loves classic ‘60s-era Mustangs, catch a Friday night car show in the summer. There’s something for everyone. Let’s see why.

#1. Get Up Close and Personal at Snake World

Here you’ll see 70 snakes in an old trailer owned by Dale Ertel. This isn’t a stop for all visitors passing through Berryville, AR. It’s tight quarters with some serious reptiles, and the smell of snake poop fills the air. But for people who are fascinated with snakes, Snake World is the ultimate destination.

Ertel even has rubber rats and spiders on the floor. You won’t find a clean, museum-like atmosphere here, but you’ll definitely get up close and personal with some of the most vicious snakes on the planet.

#2. Step into the Past at Memory Lane Museum

Memory Lane Museum off Highway 62 takes visitors back in time to the ‘40s, ‘50s, and ‘60s. See a 1965 popcorn and peanut wagon, a 1953 statue of Ronald McDonald, a malt machine, and a restored filling station. There’s even a 1930s house with furnishings from that era. Hundreds of old signs adorn the outside of the museum.

If you’re looking for nostalgia, put Memory Lane Museum on your list of places to visit in Berryville.

#3. Catch a Vintage Car Show Every Friday in Summer

With the Memory Lane Museum sitting downtown, it’s no wonder that they sponsor a vintage car show in the summer. These shows are perfect family-friendly events for both locals and tourists. Bring a lawn chair and hang out on Friday nights, enjoying the view of classic cars in the town square. Event festivities begin at about 5:30 p.m. on the last Friday of every month from April to September.

Not only is there a vintage car show during the summer, but Berryville is also part of the nationally-known Antique Autos in the Ozarks Festival in Eureka Springs, AR. In 2021, the inaugural Poker Run went through Berryville as a chance to showcase this small town to visitors.

Traveler’s Tip: Here are the 12 best things to do in Eureka Springs — it’s just twenty minutes from Berryville!

#4. Delve into the Cosmic Cavern

Before or after the tour, enjoy some gem panning or take a stroll through the gift shop. Besides the regular walking tours, they also offer wild tours after hours for visitors who want an exclusive, in-depth look at Cosmic Cavern. There are certain requirements for this tour.

Visit the Main Theatre and catch a movie, join in on a bowling game at the Town & Country Bowling Center, or hit a round of golf at the Carroll County Country Club. There are numerous photo opportunities around the square, with large murals adorning several historic buildings.

It feels like this historic downtown should be along Route 66 with its nostalgia and memorabilia. The public square is a great area for large gatherings and community events. The shops of downtown also capture that small-town charm.

For more than 30 years, Berryville, AR, residents have enjoyed an ice cream social during the summer. It’s free to attend, and there are rides, crafts, and live music that make this an event for the whole family.

If you get hot, hop on over to the Berryville City Pool for a cool dip. It’s just another aspect that makes Berryville a great place to visit.

Find Some Fun and Charm in Berryville

If you’re looking for even more fun, visit the shooting range, check out one of the 12 city parks, or go floating down the Kings River. Even though it’s a small town, don’t skip the exit to Berryville, AR. It’s nice to escape from the busyness of city life. Take a stroll down memory lane, grab an old-fashioned ice cream cone, and enjoy the charm of Berryville, AR.

Will you be taking a drive down US-62 soon? 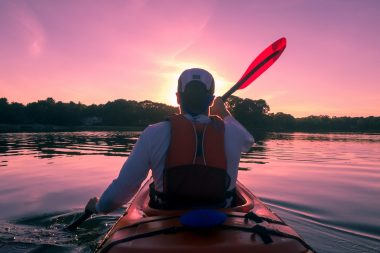 7 Reasons to Make Ashland City, TN, Your Next Getaway 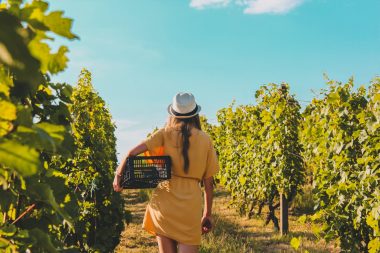 The Arkansas Wine Country Trail Is a Hidden Gem