What do Forrest Gump, The Big Chill, and Prince of Tides have in common? They were all filmed in Beaufort, SC. Located about 90 minutes from Charleston and less than an hour from Savannah, this charming town is often overlooked as people travel to those two cities in the South instead. But we wanted to share why you should visit Beaufort, SC, the next time you’re traveling along the east coast.

History envelops this town from the moment you enter Port Royal Island. Beaufort, SC, is a harbor town that prides itself on maintaining its historic character. The second oldest city in South Carolina (behind Charleston), Beaufort was named the “Best Small Southern Town” by Southern Living magazine in 2017.

Another historical aspect of Beaufort is its preservation of the Gullah culture. A large population of Gullahs still live in Beaufort, and they hold the Gullah Festival every May.

Other festivals include the Home Water Festival, the Shrimp Festival, and the International Film Festival. This film-friendly region has welcomed more than 20 major motion pictures over the years.

If you’re a history buff, you’ll enjoy visiting Beaufort. Tours of the historic churches are top-rated. You can also visit Fort Frederick, the Frampton House Plantation, or one of the many museums.

If you’re not into history, no problem! Beaufort also embraces the arts and is home to the Center for the Arts at the University of South Carolina Beaufort. As mentioned previously, several popular movies have been filmed here, and the International Film Festival is an annual event.

The weather here is comfortable almost all year. With average lows staying above freezing and average highs hovering around 90 degrees in the summer, you could visit any time.

Want to take a day trip to Beaufort? What should you do in just one day? Take a look!

It’s not often that you find a pet-friendly dining experience, but Blackstone’s Cafe gives you just that. Try the Cajun Shrimp ‘n’ Grits. Their famous creamy, scrumptious grits are to die for.

Take a Walk Along the Waterfront

Arrive early to welcome the day with a beautiful sunrise, watch the ships arrive at the marina, or relax on the waterfront swinging benches.

Enjoy a Waterfront Dinner at Dockside

There’s more to love about Dockside than the food. The scenery is also beautiful! Grab the Captain’s Platter of shrimp, scallops, oysters, and flounder or a lighter fare of steamed mussels. Then sit and enjoy while overlooking the boat docks.

Check out the Hunting Island Lighthouse

The only publicly accessible lighthouse in South Carolina, the Hunting Island Lighthouse has 167 steps leading up to an observation deck. Admission is $2 per person, and children must be at least 44 inches tall.

Captain Dick’s Beaufort River Tour departs daily from the downtown marina. Learn about Beaufort’s ecology, wildlife, and history while taking in the beauty of the landscape.

Treat Yourself to a Nice Dinner at Saltus

Is Beaufort, SC, Worth Visiting?

The antebellum architecture, dining options, and beautiful scenery of Beaufort, SC make this small town worth visiting. Most think about Charleston and Savannah as prime historic cities to visit in the South, but you’ll be missing out on small town charm if you skip Beaufort, SC.

If you’re staying for a while in Savannah, Charleston, or Hilton Head Island, take a day trip to Beaufort and explore the area. Book a tour, take a walk, and enjoy the local dining. So many activities are free or inexpensive, so make your travel plans to visit Beaufort, SC, soon!

How to Spend 24 Hours in Canton, GA 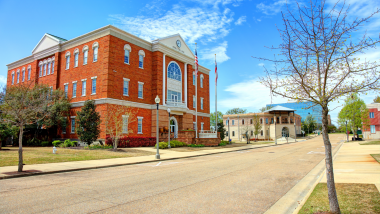