7 Reasons to Make Atoka, OK, Your Next Getaway

Many of America’s small towns have rich histories, and Atoka, OK, is planning for a bright future, too. The community is proud of its Choctaw Nation heritage and hopes a famous resident will draw more attention to it.

Let’s learn more about this historical place and which music legend calls it home. We’ll also give you the inside scoop on where and how to spend your time there.

A city of around 3,000 people, Atoka is located in southeastern Oklahoma and is named for a famous Choctaw leader. Chief Atoka, who died in the Civil War, signed the Dancing Rabbit Treaty on behalf of his people.

This agreement with the U.S. government led to the relocation of Choctaws from Mississippi. Atoka is located along U.S. Route 69, where it intersects with State Highway 3. It’s about 70 miles east of Interstate 35.

What Is Atoka, OK, Known For?

Historically, this small city has a close connection with the Choctaw Territory and Chief Atoka. More specifically, this is where the Trail of Tears led for many Native Americans who were banished from the South. It’s also known for a Civil War skirmish called the Battle of Middle Boggy Depot.

However, in country music circles, Atoka’s claim to fame is being the hometown of superstar Reba McEntire. The successful country music singer and actress is known for hits like “Does He Love You” and “Little Rock.”

She grew up on a cattle ranch in the nearby town of Chockie. McEntire often pays tribute to her Oklahoma roots. She announced plans in 2021 to build a restaurant and live music venue in a historic building in downtown Atoka.

7 Reasons to Spend Some Time in Atoka, OK

Many things make Atoka, OK, a nice place to stop when traveling through this part of Oklahoma. These are our seven favorite things to do there.

A 20-minute drive to the wilderness getaway of McGee Creek State Park puts you on the edge of the Ouachita Mountains. Many people enjoy hiking and camping in this 2,600-acre park, located on the south side of McGee Creek Reservoir.

On the other side of the lake, you can stop at a National Scenic Recreation Area. Keep an eye out for black bears and white-tailed deer as you explore the foothills on 25 miles of trails.

2. Learn About the Civil War in Oklahoma

Get the inside story on the Union forces’ attack on the Confederate Army close to where it happened.

The Civil War is the main focus of the Atoka Museum, but you can also learn about other periods from the town’s past. You can even view some actual dinosaur bones and learn about Bonnie and Clyde’s connection to the area.

You may assume that the Confederate soldiers buried at this Civil War cemetery died in the famous battle of 1864.

However, they were victims of a measles epidemic that swept through two years earlier. The small cemetery lies on the same property as the museum. It’s about a mile north of town on Highway 69.

Atoka Lake, one of the area’s top destinations for outdoor recreation, lies about 4 miles north of town. It was built in 1959 and has 59 miles of shoreline surrounded by forest.

Settle in for a relaxing lunch at the designated picnic area, or scout the grounds for a more private spot. You can also find outdoor grills, a playground, and primitive campsites.

5. Fish at the Atoka Reservoir

The lake, also known as Atoka Reservoir, has plenty to attract anglers. If you have time for more than a picnic, cast a line for bass, crappie, catfish, or bream.

You can even try to beat the state record for the largest shortnose gar — a seven-pounder caught here in 2017. Launch your boat from one of the ramps or fish directly from the docks.

6. Test Your Luck at the Choctaw Casino

Are you feeling lucky? The Choctaw Nation has 18 casinos in the region, and the closest one is just up the road from Atoka in Stringtown, OK.

You may hit the jackpot at one of the 175 slot machines. If you don’t gamble, have a bite at the Blue Moon Diner or enjoy a drink and live music at the Route 69 Bar.

You may find that Atoka, OK, residents will show you a friendly smile and want to show off what they have to offer. Maybe because this less popular tourist attraction doesn’t get overwhelmed with visitors.

They seem to appreciate that you’ve taken the time to stop and get to know them. When you visit, the residents will likely show you some Oklahoma hospitality.

It’s the kind of attitude they serve up along with home-style meals at the popular Bledsoe’s Diner on Mississippi Avenue.

You never know what kind of history you’ll run across, but you won’t discover any if you keep driving. A stopover in Atoka can become a fun way to break up the monotony of long stretches on the open road.

This fun little city offers eye-opening history lessons and small-town charm with pockets of undisturbed natural beauty. What are your favorite stopping points in Oklahoma? 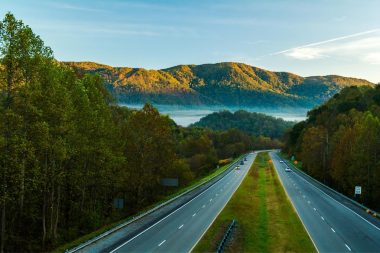 8 Reasons to Make Berryville, VA, Your Next Getaway 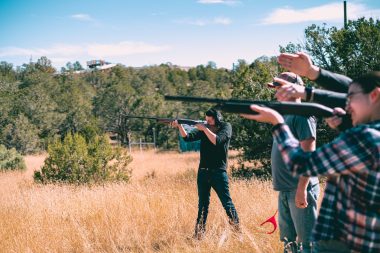