Home South Virginia 5 Ways to Do Ashland, VA, Like a Local

Ashland, VA, is rich with culture and history, and it shows. It’s a welcoming town where all can explore historic streets and revel in the sight of the trains passing through. Ashland celebrates community and culture while welcoming both the people who stop by for a quick visit and those who choose to stay.

Let’s check out five of the best ways to experience this charming town.

Where Is Ashland, VA?

Ashland is located in the northern part of the state, 100 miles west of the waters of Chesapeake Bay. Only 16 miles north of Richmond, Virginia’s capital, this small Virginia town is close enough to the amenities of a city but far enough away to give you that small town, down-home vibe.

What Is Ashland, VA, Known For?

There are many reasons to pay charming, quirky Ashland, VA, a visit. It has a historic downtown with farm-to-table dining, elegant and casual dining, coffee shops, cafes, museums, art shops, and more. You’ll also experience its many street parties, farmers’ markets, art galleries, and theater productions when visiting here.

But what Ashland, VA, is really known for are the tracks that run right through the middle of town. And these aren’t just any old tracks. They’re very active, with 60 freight and passenger trains passing through here every day. It also has several stores full of railroad and train memorabilia. And before you leave this quaint town, be sure to stop and capture a photo in front of the more than 100-ft-long railroad mural.

How Big Is Ashland, VA?

Ashland, VA, took up only one square mile when it was incorporated in 1858. Now, it’s just over seven square miles. And in terms of land area, it’s one of Virginia’s largest towns.

Even with only about 8,000 residents, you’ll have plenty of space to explore the many attractions, shopping options, and dining selections, all while gazing in awe at the trains that never seem to stop passing through.

Traveler’s Tip: If you’re loving the idea of visiting a small, charming town in Virginia, make sure to add Crozet to your list of stops!

Feeling like a local in Ashland isn’t a difficult task. But if you need some tips and tricks on where the locals go, we’ve got five places for you to visit. From walking in the parks to shopping at antique stores to enjoying a beer at the local brewery, you’ll fit right in.

1. Stop by the Ashland/Hanover Visitor Center

Located in the historic Ashland Train Station, this is where you can get the scoop on all of the greatest places in town, including where to eat, drink, play, and stay. And while you’re there, you can learn a bit of history about this quaint, charming southern town.

The North Anna Battlefield Park in Ashland, VA, covers 172 acres with six miles of interpretive trails under gorgeous oak trees. It’s also home to some of the best-preserved Confederate and Union earthworks.

With history keeping you company, you may forget to keep an eye out for the many beautiful birds and varying wildlife that inhabit this park. Don’t, as this park is also an official birding and wildlife area and a historic part of the Civil War.

3. Get a Drink at Center of the Universe Brewing Company

For two brothers, a hobby quickly became an obsession, ultimately resulting in a brewery. The Center of the Universe Brewing Company opened its doors here in 2011, and they haven’t looked back since.

Virginia Craft Brewers Cup Award recipients over the years, they serve many styles from light shandies, lagers, and seltzers, to flavorful and dark IPAs, Doppelbocks, stouts, and more. But you can’t walk away from this brewery without trying one of their Shut Up series of Imperial Double Stouts.

Hickory Creek Antiques isn’t just an antique store. It’s an antique mall. It’s one of the largest in the Richmond area, in fact. More than 40 vendors have come together to offer up collectibles, vintage items and furniture, antiques, eclectic art, and much more. You can spend hours wandering the halls and seeking out some of the coolest wares in Ashland, VA.

The North Ashland Railside Park and Trail is a one-acre park with a picnic table and several benches, giving people plenty of space to sit and watch the trains go by. You can also walk or ride a bike directly alongside the tracks on the well-maintained path while exploring the town and watching the trains. Careful, though, you may want to purchase a train ticket and head out on a journey of your own.

What Is the Best Time of Year to Visit Ashland, VA?

With colder temperatures hitting Ashland from November to March and snow and lows on average in the mid-20s in January, the winter months are not ideal. However, neither are the summer months.

The hottest month in Ashland is generally July, with an average temperature in the high 80s. Summer months also come with high humidity, around 60% to 70%. Because of all this, the best time to visit Ashland, VA, is during early spring in May and the fall months of September and October.

Is Ashland, VA, Worth Visiting?

Taking the time out of a busy schedule to explore small towns usually results in great rewards. The people who call small towns home are usually kind, thoughtful, and love to sit back and converse.

Ashland, VA, is no different. Combine the history here with the local shops and restaurants, and you get a charming town that’s definitely worth a visit.

Have you ever stopped in Ashland, VA? 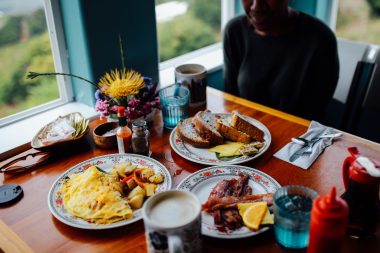 How to Spend a Perfect Day in Beckley, W.Va. 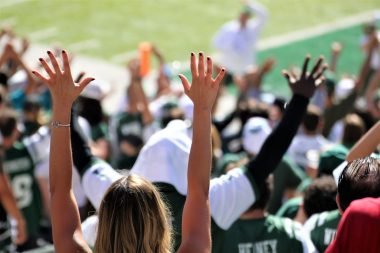