Home West Idaho Are You Brave Enough to Explore These Caves in Idaho?

Are You Brave Enough to Explore These Caves in Idaho?

When you think of caves, you might envision stalactites hanging from the ceiling of a vast underground cavern or tight crevices barely wide enough to squeeze through. In our minds, caves are dark with bats around every corner.

Surprisingly, this may not be the case in many underground caves. Some caves in Idaho are hollow tubes from lava flows. Others are in mountainous forests, and more are full of scattered boulders underneath farmland. You never know what you’ll find.

Let’s explore some of Idaho’s most spectacular caves.

How Many Caves Are There in Idaho?

There are 27 significant caves in the Gem State, although the region around Craters of the Moon has more than 400 small caverns, with five open to the public. Almost all are in south-central Idaho. The same forces that created the rugged mountains and surrounding rivers formed these caves.

The caves fall into one of three categories. Water in soft rock forms corrosion caves, and acidic water trickling through limestone forms solution caves. When molten rock encircles rivers and hardens, they form lava caves. What’s left is an empty tube where a river once was.

Are There Caves to Explore in Idaho?

There are hundreds of caverns in Idaho, but only a couple dozen are accessible to the public. However, we guarantee that the ones listed below will keep your headlamp busy as you explore every nook and cranny.

You can visit a wind cave and an ice cave at Darby Canyon. The hike up the canyon is strenuous, but the scenery through dense forest and up the mountainside is out of this world.

The wind cave is high enough to stand up in, and Darby Canyon Ice Cave is nearby. It is in eastern Idaho, close to Rexburg.

Located close to the town of Mackay in central Idaho, you can access Hidden Mouth Cave by a steep hike to a cavern that is much wider than it first appears. The main cave has three vast chambers and several rooms split off from there.

For a more traditional cave experience, Minnetonka Cave near St. Charles has some beautiful examples of stalactites and stalagmites extending from the floors and ceilings in several chambers. The half-mile hike is a treat in this limestone cavern, with travertine everywhere!

Niter Ice Cave is in Grace, Idaho. A lava flow blocked an existing river and hollowed out a tube under a local farmer’s fields, creating the cavern.

The only thing that differentiates this ice cave from a typical lava tube is the ice that forms because of its year-round freezing temperature.

Near the town of Shoshone, the Shoshone Ice Cave invites visitors in for a stunning sight. With temperatures between 23 and 33 degrees, the ice never disappears and can be 30’ deep. The cave is about 1,000’ long and is easily accessible.

Traveler’s Tip: Hit up the state of Washington for more ice caves you can visit year-round.

Looking across the Snake River Plain, visitors can spy a dark and rocky butte. Wilson-Butte Cave hides there, a remnant of lava that left a wide opening and lots of rubble.

One of the younger caves in Idaho, Wilson-Butte, has two tunnels lined with fine-grained black basalt. You can find it near Jerome.

Craters of the Moon

For an out-of-this-world experience, a visit to Craters of the Moon National Monument will make you believe you are on another planet. Set within a giant lava flow in central Idaho; the region is as big as the state of Rhode Island and full of caves.

More than 400 caves are on record, but only five are open to the public. You will find lava domes, tubes, and remnants of a volcanic world. Some caves are more than 1,000 feet deep!

Paris, Idaho, hosts its ice caves like no other. With a 50’ chamber open to the sky and a narrow crevice to squeeze through at the opening below, this limestone cave does not have the usual stalactites.

However, it’s wet, so a visit in the summer or fall when the water has an opportunity to dry out will make it easier to explore.

What Is the Mammoth Cave in Idaho?

Just north of Twin Falls, Idaho, lies the world’s biggest volcanic cave open to the public. Mammoth Cave sits at the edge of an ancient lava flow, and although it looks more like a quirky roadside attraction with pumice stone faces scattered around and a bird museum next door, the cave is an excellent example of a tube cave.

Visitors can take a self-guided tour any day of the week from 9 a.m. to 6 p.m. for $10. It’s well worth the quarter-mile excursion through this wonder hidden below the desert of Idaho.

How Deep Is the Mammoth Cave in Idaho?

Millions of years ago, magma from the earth’s surface flowed into the surrounding valley, filling it to a depth of over 600 feet and creating Mammoth Cave. Below this lava was a river, leaving a long hollow tube of water that eventually evaporated. What was left was an empty tube.

Over the years since its formation, people used the cave as shelter and to keep meat fresh, as it has a year-round temperature of 41 degrees. During the Cold War, it was a defense shelter, and the cave has hosted curious visitors since 1954.

Is Visiting Caves in Idaho Worth It?

You don’t have to be a spelunker to explore Idaho’s best-kept secrets. There are numerous caves with amazing sights waiting for dry land exploration.

Venture through lava tubes and travertine chambers, or listen to the wind whistle through a cavern and explore ice underground. Each cave is a separate showcase with a unique specialty.

Which of these caves in Idaho will you visit first? 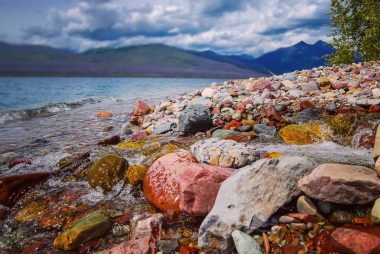 You Need to See This Fruity Pebble Lake in Montana 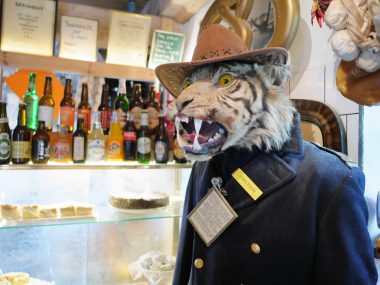