This Cursed Cave Is a Stone’s Throw From Route 66

When taking a road trip along Route 66, many tourists will stop to take photos of comical roadside attractions like the Blue Whale or Cadillac Ranch. They may stop to enjoy lunch at a famous diner, like The 66 Diner in Albuquerque, NM, or Midpoint Cafe in Adrian, TX.

This cursed cave lies between Flagstaff and Winslow, Ariz. At first, it might not sound like a place you’d want to visit, but let’s look at the history of this haunted location.

About the Apache Death Cave

The Hopi, Navajo, and Apache tribes inhabited this land centuries ago. In the late 1800s, the first traders arrived. Battles between the Navajos and Apaches were ongoing. One such squirmish made the Apache Death Cave famous.

You’ll find this haunted spot between Flagstaff and Winslow in Two Guns, Arizona. Off exit 230 of Interstate 40, you’ll see an abandoned gas station. To the right of the gas station is a building with a red door. The cave lies in front of that building. Although legends surround the Apache Death Cave, there seems to be one historical story.

Traveler’s Tip: If you enjoy ghost stories, check out this major Arizona ghost town once known as the “wickedest town in the West.”

What Happened at the Apache Death Cave?

In 1878, the Apaches attacked a Navajo camp, murdering everyone except three girls they took hostage. Navajos from another encampment went to avenge their tribe members’ deaths. Upon reaching Canyon Diablo, they saw hot air coming out of the ground. After realizing it was the Apaches hiding out in a cave, the Navajos set fire to the entrance.

The trapped Apaches killed their horses and used their bodies to shield them from the blaze. One Apache escaped, begging for mercy. But when he told the Navajos that they had killed the three girls, they threw him back in.

The Navajos added more fuel to the fire by shooting into the cave. After the smoke settled, the Navajos entered and stole the valuables of the suffocated Apaches.

Today local tribes say the land is cursed. Some people hear footsteps and groans. The Apaches never set foot in that cave again and even warned settlers of the danger.

How Do You Get to the Apache Death Cave?

If you travel west from Winslow, Ariz, you’ll find Two Guns about 24 miles down Interstate 40. Take exit 230 and turn left. Then make an immediate right onto Route 66.

If you travel the other direction from Flagstaff, Ariz, Two Guns sits about 34 miles east along Interstate 40. After exiting at mile 230, turn right onto Route 66.

Does Route 66 Go Through Winslow, Ariz.?

If you’re a fan of the Eagles, you’ve probably heard of Winslow, Ariz. “I’m a standing on a corner in Winslow, Arizona” are the lyrics to their popular song “Take It Easy,” which created a tourist hotspot.

You can visit the corner in Winslow and take a photo by a sign that reads “Standin’ On The Corner.” Or you can sit on the road by the gigantic painted Route 66 sign. There’s not much else to do in Winslow, Ariz., but it’s a fun stop as you trek down Route 66.

What Happened in Winslow, Ariz.?

Winslow was a railroad hub back in the day. But after World War II, train travel slowed.

Winslow hoped its location on Route 66 would keep it thriving, but when Interstate 40 opened, and they built a bypass in 1979, it was the nail in the coffin for this town. Like Radiator Springs in the popular movie “Cars,” Winslow, Ariz., almost ceased to exist.

But in 1999, some city leaders came up with an idea. They put a statue of a guy with his guitar on the corner and mounted a sign. Their tourist trap worked, and since then, an estimated 100,000 visitors flock to take selfies on the corner in Winslow, Ariz.

Is Visiting the Apache Death Cave Worth It?

If you like haunted houses, ghosts, and legends, the Apache Death Cave is the perfect stop. It won’t take long to visit the site. Plus, you can visit Two Guns, where Billy the Kid and his outlaw gang hid out in 1879.

The Diablo Canyon and Canyon Diablo Railway Bridge are not far from Apache Death Cave. So you can see plenty in the area.

The next time you’re taking a trip along Route 66, pull off exit 230 and do some exploring. Will you get spooked by the ancient spirits of the Apaches or hear the galloping footsteps of the murdered horses? 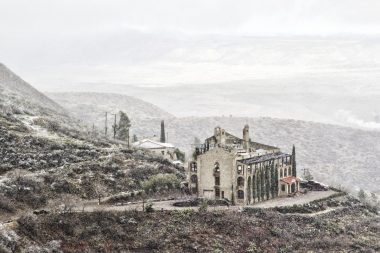 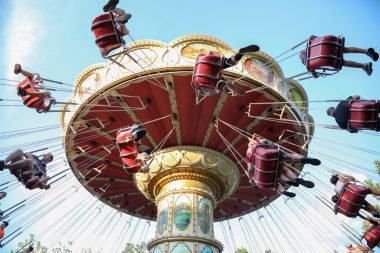