Home West Idaho Would You Be Too Scared to Visit These Abandoned Places in Idaho?

Would You Be Too Scared to Visit These Abandoned Places in Idaho?

Wild west storybooks are full of tales of bloody miners returning home from a violent day at work. There are legends of shootouts and showdowns on main streets. What remains of these once-thriving towns are stories, dilapidated buildings, and perhaps spirits that haunt the area.

If you’re seeking adventure, check out these abandoned places in Idaho … if you dare!

Are There Any Ghost Towns in Idaho?

There are many ghost towns to visit in Idaho. Hundreds are scattered all over the West because of the failed mining activity that supported many residents’ livelihoods. Fires also destroyed many towns and left abandoned remains.

If you’re looking to learn more about the Wild West and mining history, Idaho is a great place to start. However, be prepared to encounter some ghostly activity in these abandoned places. Let’s get started!

During the gold rush of the 1800s in the West, thousands of Americans set out in hopes of striking it rich. Towns popped up and flourished, but many didn’t survive longer than a decade or two.

Below are ten abandoned places in Idaho with rich histories and empty streets.

About: Dating to 1866, during the Gold Rush, Leesburg’s namesake was General Robert E. Lee. Much of Idaho contained Confederate sympathizers from the Civil War. At its height, the town had a couple of thousand people. However, Leesburg’s success didn’t last long.

Still, people continued to mine the area until about 1895. Some Chinese miners remained, but most white people had moved on. In 1975, Leesburg was on the National Register of Historic Places. Today only a few buildings remain in this ghost town.

How to Visit: The abandoned town of Leesburg sits at the end of Highway 242 just west of Salmon, Idaho. Highway 93 runs parallel to Highway 242 and connects Twin Falls in the south to Missoula in western Montana.

Even though Salmon is nearby, due to the mountainous region, it will still take over an hour to drive Highway 93 to NF-021 to NF-242.

About: Another abandoned place in Idaho is the small town of Bonanza. With only 600 people at its peak, Bonanza was much smaller than Leesburg.

Situated along the Yankee Fork of the Salmon River, a California man settled Bonanza in 1877 by selling lots to eager miners hoping to strike it rich. It was prosperous for a while, but in 1889, a fire destroyed most of the town, and the residents found homes in nearby Custer.

Although only a few remnants of buildings are in Bonanza today, the Yankee Fork Gold Dredge is open seasonally for tours.

How to Visit: You can easily visit Bonanza and Custer in a single visit. You’ll find them along Yankee Fork Road west of the Salmon-Challis National Forest in central Idaho. Highway 75 leads to the southern end of Yankee Fork Road.

There are numerous campgrounds along this road for anyone who wants to stay the night and explore the area and other abandoned places in Idaho.

About: With over 100 years in operation, the Old Idaho State Penitentiary is now only open for tours. It might be one of the most haunted abandoned places in Idaho, as spirits of former inmates may still walk the grounds.

During the tour, you’ll walk through solitary confinement, cell blocks, and the gallows. There’s also a trailhead a block away that leads to the Castle Rock Loop, the Table Rock Trail, and the Old Pen Trail.

How to Visit: Today, the four-and-a-half-acre site has numerous exhibits sponsored by the Idaho State Historical Society. These exhibits explore the daily life of the residents and include biographies of employees and the evolution of Idaho’s incarceration system. Costs range from $3 to $6 and hours of operations are 12-5 p.m. daily.

About: A considerable success during its heyday and the largest water park in the Northwest for decades, Wild Waters is now an abandoned parking lot. The 12 acres opened in 1982 with slides, a massive lazy river, a wading pool, and more for residents to enjoy.

In 2010, the admission prices were $24.99 for a general admission ticket and $19.99 for a child’s ticket, but Wild Waters never reopened after investors pulled out due to vandalism and needed repairs.

At one time, visitors could walk around to view the desolation of the abandoned water park. But it was an eyesore due to the graffiti, stray cats, weeds, and decaying signs.

As a result, officials demolished the area and removed the equipment in 2018. Now it’s a block of broken childhood dreams, creating quite an eerie feeling of emptiness.

How to Visit: Today, there’s not much reason to visit. The once busy water park used to sit right at the interchange of Interstate 90 and Highway 95 on the east side of the Spokane River.

It was an easy 30-minute drive east from Spokane, Wash. The area of Coeur d’Alene is still thriving, and there are plenty of things to do, so if you visit the city, you can take a drive to Government Way to see what was once a summer sensation.

About: Established in 1893, the Albion State Normal School trained teachers in pedagogy and curriculum. It later changed its name to Southern Idaho College of Education in 1947. The last commencement ceremony was in 1951, but the school briefly reopened in 1959 as Magic Valley Christian College. It closed ten years later.

In 2007, the town of Albion didn’t have the funds to keep up with the deteriorating buildings and sold the property to a private business. The National Register of Historic Places added the campus to their list in 1980. They added Swanger Hall in 1978.

How to Visit: “Ghost Adventures” visited Albion State Normal School during its 15th season. Today, you can take a seasonal tour, “Haunted Mansions of Albion,” to explore the paranormal activity. The facility is now a conference and retreat center, or Albion Campus Retreat.

About: Only in the driest summers will you be able to find American Falls, a once-thriving town on the west bank of the Snake River. The American Falls reservoir covers the ghost town for most of the year.

In 1925, the Bureau of Reclamation began moving American Falls 22 feet to make way for the American Falls Dam and rising water levels. They lifted buildings and rolled them along the railroad to higher ground.

Only the Oneida grain elevator remained in its original location and now extends above the water as an ominous reminder of the town that used to sit beneath. When the water recedes, carved initials in sidewalks and foundations reveal the history of what used to be.

How to Visit: If you want to visit the old city, plan your trip around the dry season and hope the water levels recede enough to see what lies beneath. Today, about 4,500 people call American Falls home and live in the town off Interstate 86 at the south end of the Snake River reservoir. American Falls is about a 30-minute drive west of Pocatello, Idaho.

About: About 75 structures from the 1860s to the early 1900s remain in Silver City, Idaho. It’s one of the only abandoned mining towns that didn’t burn down.

If you visit, you’ll feel as though you’ve traveled back in time. The Idaho Hotel, which you can even stay in, is almost exactly as it was 100 years ago. Pat’s What Not Shop is the place to shop for souvenirs and local mineral samples, while the Silver City Fire and Rescue Store has antiques and art for guests to purchase.

During its heyday, Silver City had about 2,500 residents and more than 250 mines in the area.

How to Visit: Book a reservation at the Idaho Hotel from May to October. Visit old burial grounds and explore the remnants of a once-bustling mining town.

Silver City has been without electricity since the 1940s and operates on limited solar power. Sinker Creek Outfitters will take guests on a horseback tour around the Owyhee Mountains.

About: Once a mining town in northern Idaho, Burke sits empty along Highways 4 and 7623 just east of Cornwall. However, the old Hecla mine and mill are still here.

How to Visit: Take I-90 to exit 62 in Wallace. Turn north on Highway 4, and Burke will be about six miles down the road. You can see the remains of many structures, including cave-like holes in the hills where former residents probably lived.

You’ll also find deserted mining equipment, a twisted railroad track, and the Hecla Mill. However, be aware that there have been reports of paranormal activity after dark. So don’t venture out at night unless you dare.

About: One of the only inhabited abandoned places in Idaho on this list is Idaho City. You could easily spend an entire day exploring what’s left of this living ghost town. Pioneer Cemetery, or Boot Hill Cemetery, is home to 3,000 graves.

Because people in the Wild West “died with their boots on,” it’s a common nickname for many cemeteries of the time. The overgrown grasses, mosses, and weeds, with the wooden gates around many stone markers, make this cemetery an unsettling place. Many of the people buried here died violent deaths, and some travelers experience strange sensations and see apparitions at night.

How to Visit: You may have a chilling visit to Pioneer/Boothill Cemetery. Drive along Ponderosa Pine Scenic Route to the Idaho City Visitors Center. Take Main Street to Centerville Road to Forest Road 307AA for a quick 5-minute drive.

About: Settlers founded Long Valley, not for mining purposes but for the topography. Fur traders and livestock ranchers settled the area in the 1880s. By 1905, the town of Roseberry had a hotel, two blacksmith shops, two stores, a restaurant, a butcher shop, a logging mill, and a creamery.

When the Pacific, Idaho, and Northern Railroad lines came to Donnelly, many residents left Roseberry and moved closer to the railroad line. Like many towns in the West, Roseberry became a ghost town due to the expanding railroad line.

How to Visit: Roseberry is about one mile east of Donnelly, Idaho, on East Roseberry Road. The Valley County Museum and General Store are open May-September on Fridays, Saturdays, and Sundays. However, the townsite is available for visitors to walk around.

How Do I Find Nearby Abandoned Places in Idaho?

A quick Google search will open up hundreds of abandoned places in Idaho. Because of the mining and railroad history of the West, this is the area of the country where you’ll find ghost town after ghost town.

Only In Your State is an excellent website for finding some ghost towns and information on revitalization projects to bring these abandoned places back to life. And, Visit Idaho is another website with a plethora of information about ghost towns in the state.

Are You Ready to Visit Abandoned Places in Idaho?

These abandoned places in Idaho are full of history. However, some of them are also known for their paranormal activity. We highly recommend not to visit at night unless you want an eerie, haunting experience. From violent deaths to criminal activity, these ghost towns may be exciting to see during the day, but you should avoid them at night.

Are you planning to visit these abandoned places in Idaho soon? 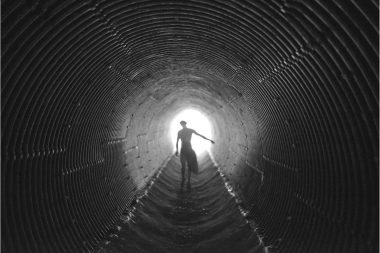 Shoot-the-Tube and Live Dangerously at This Locals Waterslide 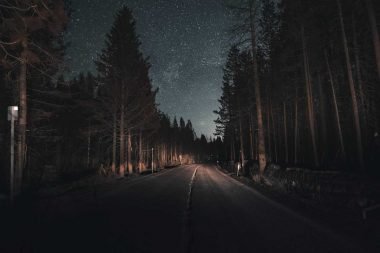 Don't Pick Up the Hitchhiker of Black Horse Lake