Abandoned places in Colorado beg for adventurers to explore due to the state’s rich mining history. All over the United States, you’ll find old saloons, empty light stations, and eerie jail cells drawing visitors just because they’re no longer in use.

Along with these abandoned locations come haunted trails, eerie feelings, and dangerous situations. Will you dare to venture into these ghost towns?

Are There Any Abandoned Places in Colorado?

There are dozens of abandoned places in Colorado that you can visit to imagine life back in the Wild West or to go treasure hunting. Ghost towns dot the western states because of the mining and railroad history in that part of the country. If you like creepy, run-down places, you’ll find plenty in the Rocky Mountain State.

Is It Illegal to Go Into Abandoned Buildings?

It may be illegal to go on abandoned property even if no one lives there because it’s trespassing. You can’t legally enter the property if it has a fence, lock, or “no trespassing” signs.

But some abandoned buildings are open for public use. It’s always best to proceed with caution and never enter a building that looks unsafe. You’re probably more likely to walk away with physical injuries when exploring abandoned places in Colorado than with a legal misdemeanor.

Traveler’s Tip: While exploring Colorado, We Dare You to Drive the Most Haunted Road in America.

Colorado has plenty to offer for adventurers who love to search haunted buildings and roam haunted highways. From abandoned mines to dilapidated buildings, you can find an eerie atmosphere surrounding each place. Let’s look at the creepiest places in Colorado.

Stratton’s Independence Mine and Mill

This degradation, along with labor wars and deadly accidents, didn’t bode well for the owner Winfield Stratton. The mine only operated for ten years before Stratton sold it to a London company for $10 million.

What Makes It Creepy: Many consider abandoned mines some of the creepiest places in the country. Life in these places was hard, and many people lost their lives in mining accidents. Stories of murders weren’t uncommon as well. It’s no wonder some feel uncomfortable walking on the Independence Mine property.

About: Visitors may stumble upon this ghost town in Boulder County, Co., where the Mining Camp Delphi once operated in the late 1800s. Charles Caryl, originally from New York, bought much of the land and changed the name to Wall Street.

They made a $150,000 investment in the chlorination mill, one of the first in Colorado. The salt and chlorine were separated here.

Caryl also operated a gold mill, and the foundations still stand today. Although only ruins now, the town became a bustling hub of progress for a few decades. The James F. Bailey Assay Office Museum is open from May through October on the third Saturday of the month. And you can visit for free.

What Makes It Creepy: Like the Independence Mine, the Wall Street gold mine saw its fair share of displeasure. Workers were caught between dangerous work and supporting their families, while owners were just looking to raise profits. Mining accidents occurred, and fights broke out. Standing near the gold mill site ushers in an eerie feeling.

About: Owners C.W. Gregory and his partner Myrtle Le Bow constructed World’s Wonder View Tower as a tourist attraction to bring in money. Built in the 1920s, visitors could pay a fee to go up the tower to look out.

Gregory and Le Bow constructed the 65-foot tower on the highest point between New York and Denver. Upon exiting, visitors had to go through the gift shop.

Inside also housed a museum with oddities and Native American artifacts. The tower remained in operation for decades until 2014, when the owner passed away. Now it stands as one of the abandoned places in Colorado.

What Makes It Creepy: The tower stands tall but shows signs of wear. The worn structure has paint peeling off the exterior. It’s in major need of repair, and just the sight of it conjures up stories of a haunted house.

About: The Red Mountain Mining District formed in the 1890s just like many other mining districts during the Gold Rush. Ironton became a busy area with over 300 buildings and nearly 1,000 workers.

The town became the second largest silver producer in the entire state. But like all other mines, its success was short-lived. The last resident died in the 1960s.

What Makes It Creepy: Similar stories fill the air in Ironton as they do at Independence Mine and Wall Street. Workers were treated badly. Disgruntled employees resulted in fights and discord. Mining accidents were common and deadly. Knowing how busy this mining district was and seeing it abandoned may give you goosebumps.

About: These remote, abandoned silos like the Titan 1 Missile Silo in Colorado are dangerous to explore. You’ll find broken staircases in this worn and rusted building.

And what’s more, dangerous chemicals coat the interior. Don’t explore this abandoned place in Colorado if you’re a novice. You could easily end up falling into the dark abyss of the silo.

What Makes It Creepy: During the Cold War, the United States established six Titan 1 Missile Silos in Colorado as a last resort weapon. They could travel thousands of miles armed with nuclear warheads. Few things are scarier than entering an abandoned silo that once housed a nuclear weapon.

About: Ramah isn’t quite a ghost town, but it’s not far from becoming one. In the late 1800s, Ramah was a railroad town where about 100 people lived. But when the Rock Island Railroad shut down, residents left Ramah to find other employment. You can find a few old buildings remain on Main Street, such as the Brown’s Dance Hall.

What Makes It Creepy: This abandoned building isn’t as creepy as others on this list. But it’s a sad reminder of the differences due to the passage of time. You can imagine the dance hall full of residents enjoying a Saturday night in town. But it’s also disheartening to see it closed up and abandoned.

About: John Gregory established Nevadaville in the mid-1800s for employees of his gold mine. In 1859, the town built a masonic lodge, which still meets today. Even with a fire in 1861 that destroyed dozens of buildings, the townspeople rebuilt.

But when the mines closed in 1900, residents left, and Nevadaville became another abandoned place in Colorado. Today visitors explore the remaining structures, including the masonic lodge, post office, and store.

What Makes It Creepy: Some people claim visitors can still access the mines in the area. However, this is extremely dangerous and very creepy.

Trekking through the dark where workers probably lost limbs and lives isn’t for the faint of heart. But above ground, even walking through the abandoned town, you wonder if the ghosts of the miners still walk the main drag.

About: Gothic, Co., is surrounded by the West Elk Mountains. It’s a picturesque location, even with all of the abandoned buildings. Back in its heyday in the late-1800s, Gothic was another mining town. Even President Grant visited.

But like all the other mining towns, when silver crashed, so did Gothic. Although no one lives here anymore, the Rocky Mountain Biological Lab operates here, and students study the local ecosystem.

What Makes It Creepy: Staring at the handful of abandoned buildings at the base of the West Elk Mountains is beautiful and a bit unsettling. These structures spread out in the valley. They get covered in snow in the winter and full of overgrown vegetation in the spring and summer.

About: The Argo Tunnel, just under 5 miles long, used to provide access to the mines from 1893 to 1943. Today it’s very remote and dangerous to explore due to the high risk of flooding. In fact, it closed in 1943 after the tunnel flooded, killing five miners. The tunnel is still responsible for a large amount of pollution in the area.

What Makes It Creepy: What’s scarier than exploring a tunnel that may flood or collapse on you? Underground exploration is dangerous. Plus, it’s a location where at least five miners lost their lives.

About: The Caribou Mine, located in Boulder County, is another abandoned place in Colorado. A prospector discovered gold flakes in 1861, and the town of Caribou arose shortly after to house the miners.

When investors purchased the Caribou Mine in 1871 for $3 million, they discovered the ore was gone. In 1879, a fire destroyed much of the town, and only a few dozen people remained. Today it’s another ghost town with a mining history.

What Makes It Creepy: This fire-ravaged ghost town can seem eerie. Although visitors can still see some of the stone structures, most of them are broken and evidence of another mining town that disappeared.

How Do I Find Abandoned Places Near Me?

A simple Google search will bring up numerous abandoned places near where you live. The website Only In Your State is a great resource when searching for local oddities or places to explore.

You might not even realize what’s sitting in your backyard. However, always explore these abandoned locations and buildings with caution.

Dilapidated structures can easily fall, and some places still have harmful chemicals in the materials, water, and air. If it looks unsafe, don’t risk it.

Traveler’s Tip: Want to explore something less spooky instead? Live Out Your Medieval Dreams by Visiting These Castles in Colorado.

Are Abandoned Places in Colorado Worth Visiting?

If you love adventures, try exploring abandoned places in Colorado. From haunted mines to eerie ghost towns to an empty 65-foot tower, you’ll have plenty of sights to see in the Rocky Mountain State. The rich history of the West fills these barren places. But the ghosts of residents long passed may greet you when you enter.

Will you dare to explore these abandoned places in Colorado? 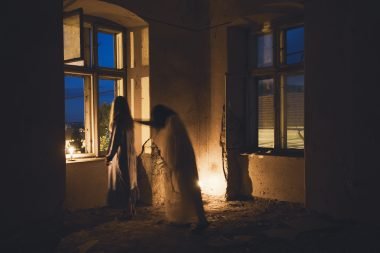 Your Guide to the Haunted Wilson Castle in Vermont 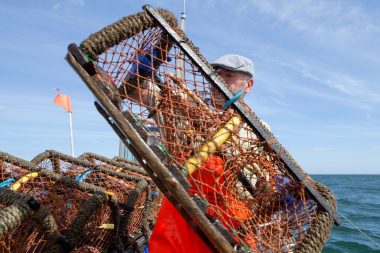