When you think of North Carolina, you might envision the Great Smoky Mountains or maybe an Atlantic Coast beach resort. The Tar Heel State covers nearly 54,000 square miles, so there’s a lot more to see. Some of the state’s attractions are pretty peculiar, or at least offbeat. Here’s a guide to making some unusual memories as you travel through this scenic part of the Southeast.

When you’re planning your trip to North Carolina, why stick with the tried-and-true places? Branch out a little from the usual tourist destinations and discover some of the state’s odder attractions.

You won’t be touring the Biltmore Mansion or seeing where the Wright Brothers made their famous flight on our tour. Our recommendations aren’t the quintessential sites you’d expect on a North Carolina visit, but they should leave a lasting impression.

Some people call it the flying saucer house, but it kind of looks like an Airstream trailer to us. The Futuro House is a head-turning relic from 1970 when Lee Russo assembled it on his seaside lot.

An architect from Finland designed the prefab units as portable houses. This particular one never served as a residence, but people have used it as a meeting place, a business office, and even a hot dog stand. It’s been delighting visitors and passersby for half a century. Find it on the side of State Highway 12 in the town of Frisco.

2. The American Museum of the House Cat

Dr. Harold Sims loves cats, and he knows there are millions more who share his fascination. Many of them stop by his house, which also serves as the American Museum of the House Cat.

It’s about an hour outside of Asheville, near the tiny town of Sylva. Sims has been accumulating and curating his cat stuff for more than three decades. He never tires of showing off his impressive and quirky collection. Don’t expect a quick visit. There are more than 5,000 items to peruse. The oldest one, a bronze feline figurine, dates to 600 B.C.

Keep in Mind: If you love visiting small towns like Sylva, be sure to add these 7 best small towns in North Carolina as destinations on your road trip.

3. The Cryptozoology and Paranormal Museum

If ghosts or Bigfoot are more your style, head toward Littleton in the Coastal Plains region. This one-of-a-kind museum chronicles the unexplained – and attempts to explain it.

You’ll see purported evidence of many strange occurrences, including the alleged series of Sasquatch sightings in the area. You can learn about UFOS too, and the so-called “shadow people” who might dwell among us, just out of sight. The museum is in a circa-1850s home that some believe is haunted. The owner, former journalist Stephen Barcelo, has some stories that may raise the hair on the back of your neck.

4. The House of Mugs

Do you like to collect coffee mugs from your travels? Believe us, you’ve got nothing on Avery and Doris Sisk. They have enough of these commemorative cups to fill a house – so that’s what they’ve done.

Their obsession started innocently with a visit to a flea market. You can see their eye-opening collection inside (and outside) their wood cabin in Collettsville, in western North Carolina. How many do they have? They haven’t counted them lately but figure it’s easily more than 20,000. If you can find an empty nail, you’re welcome to leave one of your own.

5. Cloud Chamber for the Trees and Sky

You call that art? Chris Dury does. He’s the artist who created this unusual and thought-provoking work in 2003. From the outside, it looks like a rustic stone structure, but stepping inside reveals its magic.

The “chamber” is actually a functioning pinhole camera. Light comes in from an opening in the roof and projects an upside-down image of the sky, clouds, and trees. You just have to see it for yourself. It’s in the park outside the Museum of Natural Art in Raleigh.

6. The Road to Nowhere

We’re not sure if this place inspired the Talking Heads song by the same name, but it could be. Near Bryson City, this six-mile stretch of Lakeview Drive was supposed to extend the town of Fontana. However, builders never completed it, and today it’s a scenic byway that’s also popular with cycling enthusiasts. The Road to Nowhere ends at the mouth of a tunnel, which is also worth exploring. Hikers love the Tunnel Bypass Trail leading to unspoiled backcountry.

Traveler’s Tip: The Road to Nowhere also makes our list of 11 remarkable things to do in Bryson City. Be sure to check out the other 10 unique experiences while you’re here!

It’s in the northeastern corner of the state, but it looks like it came right out of a fairy tale. The somewhat diminutive Castle Mont Rouge seems to be a work in progress. Sculptor Robert Mihaly started building it in 2000 as a residence and art gallery, but he no longer lives there.

In fact, he is trying to raise money for repairs. The site of this compelling edifice is Red Mountain (also called Rougemont), north of Durham. You can find the lonely castle at the end of a winding mountain road. Keep in mind that it’s private property and not open to visitors.

8. The Museum of the Bizarre

Tattoo artist Justin LaNasa was getting married and needed a place to put all the weird stuff he’d amassed. That’s the basic story behind what’s certainly the creepiest attraction on Wilmington’s waterfront.

How bizarre are the holdings at what he calls his Odditorium? Let’s just say that Justin’s interests run toward the mysterious and macabre. As a freaky bonus, the museum also has a Laser Vault room that explodes with green lasers (think “Mission Impossible”). Want to see Harry Houdini’s Ouija board, a real Van de Graaff generator, or a lock of Alexander Hamilton’s hair? This is the place.

Fast-growing Asheville is a modern boomtown in many ways, and it may also have an active supernatural presence. In the basement of the city’s historic Masonic Lodge, you’ll find photographs and artifacts that point to Asheville’s dark side.

The museum goes hand in hand with the guided walking tours of old Asheville’s renowned places of history and mystery. A paranormal investigator named Joshua P. Warren is the man behind this collection of spooky artifacts. On the nighttime haunted history tour, you’ll explore some local legends. The tales include a Pink Lady at the Grove Park Inn and chilling reminders of a suicide at Helen’s Bridge.

Curiosity seekers can find plenty of satisfaction off the beaten path in North Carolina. We’re not suggesting that you bypass the Blue Ridge Parkway or ignore the history and charm of its hospitable cities. But while you’re following those familiar paths, be sure and take a detour for some interesting but lesser-known stops. Which places would you add to our list? 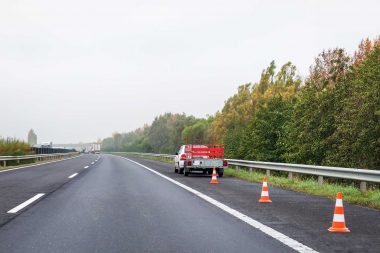 Do I Have to Change Lanes When a Vehicle is on the Shoulder? 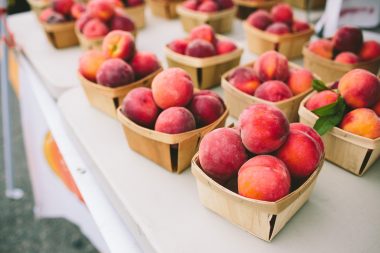