Montana is well known for its gorgeous landscapes and outdoor activities, but it’s also home to a thriving craft beer scene. If you’re a beer lover visiting the state, be sure to check out these nine spots for some truly excellent brews.

From small local breweries to larger outfits, there’s something for everyone here. So pull up a chair, take a sip, and enjoy the view. Cheers!

Are Breweries Popular in Montana?

As of 2021, according to the Brewers Association, there were 105 craft breweries in Montana. Most are in the western portion of the state, with many scattered breweries across Montana.

These breweries produce a wide variety of beer styles, from traditional lagers to hoppy IPAs to barrel-aged stouts. Montana’s breweries are also popular tourist destinations, attracting visitors from across the state, the country, and worldwide.

What Are the Most Popular Beers in Montana?

Like most breweries across the country, India Pale Ales are far and away the beers that get drinkers excited in Big Sky Country. From old-school West Coast style IPAs to the newer hazy/juicy iterations, IPA is the go-to beer for most Montana craft beer drinkers.

That said, Montana’s craft beer scene is unique in that most breweries across the state feature a Scotch Ale. This sweet, malty concoction is a surprising favorite across the state when IPAs are quite the opposite.

9 Breweries in Montana You Need to Try

With more than 100 breweries to choose from, it was difficult narrowing them down to just nine. Somehow, we did our best to provide a sampling of fantastic breweries across the state.

No matter the style of beer you like, you’re sure to enjoy any of these breweries that couple stunning taprooms and vistas with their high-quality brews.

About: Blackfoot River Brewing is a popular brewery in the state’s capital city of Helena. Founded by a trio of homebrew buddies, it opened in 1998. It quickly garnered a reputation for high-quality, artisanal beers that have stood the test of time.

Signature Beer: Blackfoot River’s most popular beer is its Single Malt IPA. Though IPAs are a popular beer style almost anywhere, Blackfoot’s Single Malt is set apart by using 100% Marris Otter. That uniquely British malt provides a light, slightly sweet base, allowing the hops to shine. You can find Single Malt IPA on tap at many locations across the state.

About: Big Sky Brewing is one of the oldest and the second largest craft brewery in Montana. Founded in Missoula, Big Sky has a tap room in its hometown but distributes its beer across the region in stores, bars, and restaurants.

Signature Beer: Several of Big Sky’s beers are widely distributed, but the company founded its reputation as one of Montana’s premier breweries with its Moose Drool brown ale. This is an outstanding representation of a classic American brown ale. It has a subtle hoppiness that compliments notes of coffee and chocolate.

About: Backslope Brewing is one of the smaller brewpubs on our list, but they make the cut because of their dedication to outstanding beer and fantastic food. Located in the heart of the Flathead Valley, Backslope Brewing in Columbia Falls is a must-stop after visiting Glacier National Park. Its west entrance is just 20 minutes away.

Signature Beer: Crooked Wind IPA is far and away Backslope’s most popular brew. This is an old-school West Coast style IPA with a firm citrusy, danky bitterness up front that finishes clean and smooth. There’s just enough malty backbone to give this IPA a strong character to complement the plethora of hops that bounce off your tongue.

About: Bitter Root Brewing shines with its rustic taproom that frequently features live music in its hometown of Hamilton. The brewery packages several of its beers and even ships them out to several neighboring states. It’s just south of Missoula in an oft-overlooked Montana outdoor haven known as the Bitter Root Valley.

Not far behind Dirt Church, however, is Bitter Root’s Huckleberry Honey. It’s a beer that highlights the regional fruit of Northwest Montana, the blueberry-like huckleberry.

About: Another brewery in the Bitter Root Valley, Blacksmith Brewing, is in an old blacksmith’s building built in 1908. The blacksmith used to burn every brand he made into the building’s walls. Those brands are still in the walls of the brewery today.

About: Part of the Missoula craft beer scene since 2011, Draught Works quickly got noticed nationally, being honored as the 2014 Very Small Brewing Company of the Year. It has steadily established itself as a staple of the Missoula beer scene. It’s known for having more than 20 outstanding beers on tap at any given time and a great outdoor patio.

Signature Beer: Scepter IPA is far and away the flagship beer of Draught Works. This hop monster enlists no less than seven different hops that present flavors like mango, pineapple, grapefruit, and coconut. Scepter IPA is widely available across Montana and has taken home a Great American Beer Festival gold medal.

About: You might notice a theme forming here, as Missoula has produced many excellent breweries. It may be hard to stand out in Missoula, but somehow Imagine Nation, founded in 2015, quickly jumped to the fore of the city’s brew scene. It firmly focused on being community-minded and becoming a community center that hosts a vast array of local organizations at the brewery.

Signature Beer: Imagine Nation’s most popular beer is Lupujūs, a rotating series of IPAs that features different combinations of hops upon each iteration. It’s difficult to nail down Imagine Nation’s signature beer, as the brewery’s true signature is that it constantly unleashes new styles or takes on old styles. One example is Montana’s first fruited double Berliner Weisse style ale, Zeitgeist.

About: Montana Brewing Company, founded in 1994, is the state’s first brewpub. It combines a brewery with a full bar and grill. It was the third overall craft brewery in Montana, helping ignite the state’s craft beer scene.

About: Established in 2001, Bozeman Brewing Company is the city’s oldest craft brewery. It’s originally known for its more traditional brews and has morphed with the times, boasting the largest sour beer facility in Montana. It has over 285 barrels in its cellar.

Signature Beer: Bozone Amber Ale and Plum Street Porter are old standards at Bozeman Brewing, but like so many other breweries, its Hopzone IPA tops the charts. A classic West Coast style IPA, Hopzone has a backbone that boasts five malts that hold the fort for a bitter blast of five different hops that hammer home citrus flavors and apricot aroma.

Enjoy the Nature and the Breweries in Montana

Montana is the place to be if you’re looking for a great beer and some beautiful scenery. With so many amazing craft breweries located all over the state, there’s something for everyone.

And don’t forget— Montana is home to some of the most stunning outdoor landscapes in the country, like Glacier National Park and Flathead Lake. So take your time exploring everything this wonderful state has to offer and drink up. Cheers! 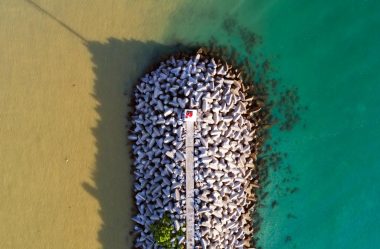 Debunking the Place Where Two Oceans Meet But Do Not Mix 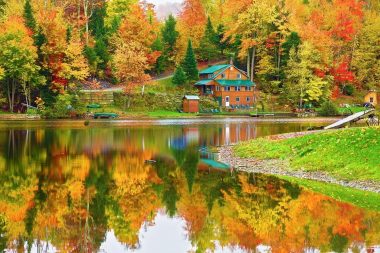 Where Is the Tallest Mountain in Vermont?