7 Best Things To Do In Arrow Rock Missouri

Many may skip over Arrow Rock, Missouri, when imagining vacation destinations. Perhaps they consider the Gateway Arch in St. Louis or the state’s history, but little else.

It’s time to change that way of thinking.

Located about 100 miles east of Kansas City, the entire village is a trip back in time.

Arrow Rock retains much of its 19th-century character. Once known affectionately as “Boone’s Lick Country” due to its salt spring, it once drew immigrants from Virginia, Tennessee, and Kentucky.

Boone’s Lick Road is part of the Santa Fe and Lewis and Clark trails. It later connected to the California and Oregon trails as well. Daniel Boone’s sons frequented the area, helping give it the “Boone” in its name.

Long before these settlers arrived, the Arrow Rock Bluff had been used for more than 10,000 years to create flint tools and weapons for indigenous cultures.

It wasn’t until 1923 that its historical significance was recognized with the restoration of the Huston Tavern. In 1963, the entire town became a National Historic Landmark.

Originally founded in 1829 when travelers stopped to fill their water barrels at the Big Spring, it reached its population peak of 1,000 people right around the Civil War. The town started out as Philadelphia, but later changed to Arrow Rock to match a nearby landmark.

What Is Arrow Rock Known For?

Arrow Rock touts its historical significance, sitting as it does along the Santa Fe and Lewis and Clark trails. It played a major role in Westward Expansion.

With its many quaint bed and breakfasts, antique shops, museums, and historical sites, Arrow Rock has grown to become quite the popular tourist destination. Despite a population of just 52 people in 2020, Arrow Rock, Missouri, hosts more than 100,000 visitors annually.

Here are seven must-see attractions in the village.

The entire village of Arrow Rock is the Arrow Rock State Historic Site, which makes this one pretty easy to tick off your list.

While perusing through antique shops, soak up the history that surrounds you. Eat at the oldest continuously operating restaurant west of the Mississippi, the J. Huston Tavern. Or visit the Old Courthouse and artist George Caleb Bingham’s house.

You might also catch a live performance at the historic Rock Lyceum Theater or dip into your spiritual side with a visit to the churches in the village.

Learn all about the history of the region by visiting the 9,000 square foot visitor center. They boast an extensive collection of artifacts to get you started on your journey through Arrow Rock, Missouri.

The J. Huston Tavern kicked off Arrow Rock’s transformation into a historical site. This tavern, which has served Santa Fe Trail travelers since 1834, is also known as the Arrow Rock Tavern and The Old Tavern.

Built in 1834 by Joseph Huston as a home for his family, it quickly turned into a resting place for weary travelers heading west. It now serves as the centerpiece of the Arrow Rock Historic Site, with three operating dining rooms, a taproom, and several museum rooms.

There’s no better way to “step” through history than on a tram ride.

The Arrow Rock Tram Tour provides guides who know the village like the backs of their hands because of their connection to the village. Some were born in Arrow Rock, Missouri, and some have moved here. Some are even 8th generation residents. All have stories to share.

You’ll start at the J. Huston Tavern and visit many of the historic buildings along the way. You’ll also see the Big Spring, which was a popular watering hole along the Santa Fe Trail.

Enjoy gorgeous Victorian-style homes, informative museums, and historic churches. There are frequent stops as well, allowing you to step inside the lives of the people who once called this village home.

Once an old church, the Arrow Rock Lyceum Theatre has transformed this architectural beauty into a functional theater. Catch live performances, musicals, dramas, and comedies.

Today, the theater consists of a 416-seat auditorium where professionals from around the country gather every year to bring you their best performances. You’ll feel like part of the show at the Lyceum, the first theater in Missouri to receive the “Missouri Historical Theatre” designation.

Taking a short hike to Boone’s Lick State Historic Site offers visitors a chance to understand the importance of salt to the area. This once-prosperous salt lick and saltwater springs, along with copious amounts of timber, drew many settlers here. With its many outdoor exhibits, you’ll learn how salt became big business in “Boone’s Lick Country.”

Whether you’re a history buff or not, wandering Arrow Rock’s historic district will keep you entertained for hours. With its many restaurants, shops, and historical fixtures, you’ll learn to love history, if you didn’t already.

This journey through time is all within walking distance along tree-lined streets. Learn about black history at The Arrow Rock African-American Museum. Visit the Brown Lodge, the Dr. John Sappington Museum, and the Shelby Log Cabin for a glimpse into 19th-century living.

For more insight into life at the time of the Westward Expansion, check out the Miller Bradford House, the many churches, and the Lawless House, to name just a few.

You’ll get your steps in here. But you won’t even realize you’ve been exercising or learning along the way. It’s that entertaining.

In 1821, Santa Fe-bound trading caravans began crossing at the current site of the Arrow Rock Ferry Landing. Today, this historical site is on personal property originally purchased as a family retirement plan. The Lawsons, the current owners, later discovered the significance this land played in Santa Fe Trail history.

The name Arrow Rock most frequently refers to the historic village. However, the Arrow Rock Ferry Landing was first called this due to the arrow-shaped rock on the river. An early explorer claimed it was about 90 feet high. Explorers knew when they had arrived to cross the river by the sight of this rock.

You’ll know when you arrive, too.

Arrow Rock, Missouri: A Journey Back in Time

Arrow Rock serves as a time capsule of America’s history. The small village draws tourists who seek a journey to the beginnings of some of the most well-known historic sites in the country. It serves as a living lesson – and perhaps, for you and your family, a relaxing vacation as well. 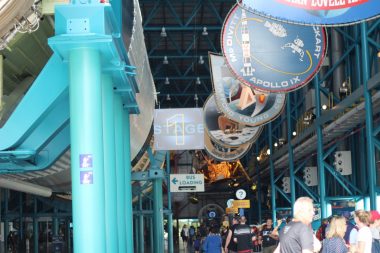 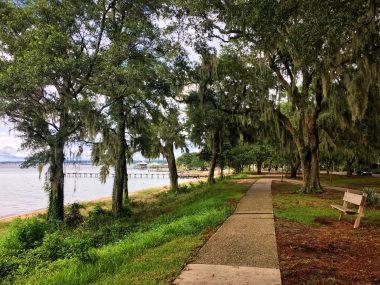 How To Spend A Fantastic Weekend in Fairhope, Alabama