What Is South Carolina Best Known For?

South Carolina is known for its beaches on the Atlantic Ocean, its historical sites, and its golf courses. Myrtle Beach, for example, is a longtime Spring Break destination. The hotel-lined coast has been welcoming millions of tourists since the late 1930s.

Since South Carolina’s climate is mild outside of the summer months, you can play sports like golf year-round. There are many well-known golf courses in the state that residents and tourists frequent. The PGA also hosts tournaments there, including the Palmetto Championship at Congaree Golf Club.

While the state has a lot going on, it’s the small towns that really steal the show. So let’s take a look at seven of the best small towns in South Carolina.

Edisto Island sits about an hour south of Charleston. It gives visitors access to the ocean, historical plantations, golf, and more. There’s a state park campground for RVs and tents.

Edisto Beach is a small town on the island. The town has a laid-back, beach vibe. You can get fresh seafood at several of the restaurants in town. Plus, there are plenty of activities to keep you occupied.

One of the most popular attractions is the Botany Bay Plantation Heritage Preserve and Wildlife Management Area. The preserve serves all kinds of wildlife. The beach hosts nesting loggerhead sea turtles and least terns, a bird species. It’s also a cultural site dating back to the Late Archaic Period through the 19th century.

Botany Bay Ecotours offers a fun and educational time out on the water. Choose between dolphin tours, sunset cruises, cooking tours, and historical tours. In addition, you can get a guided beachcombing tour to learn about shells, fossils, and animals living in the sand.

The Edisto Island Serpentarium is a place your kids may enjoy more than you. It promotes the recognition, preservation, and study of the world’s reptiles. They have educational displays of reptiles native to South Carolina and from around the world. It’s a good place to say you’ve seen an alligator without running into one in the wild!

Travelers Rest is a small town of just over 5,000 located an hour south of Asheville, N.C. Its name is also its vibe. It’s an easy-going town about 1,000 feet above sea level.

There’s a lot to love about this small town, including its typically full event calendar. Downtown Travelers Rest has shopping, restaurants, a driving range, and more. The town prides itself on its creative community of small business owners.

In the summer, they have a sidewalk art market inspired by old-fashioned sidewalk sales. Shop owners curate artists and set up along the main street. You can shop or simply stroll and look. The town has an open-air farmer’s market too.

Prisma Health Swamp Rabbit Trail is a popular activity in Travelers Rest. The town is extremely bike-friendly. And the trail is for bikers and walkers or runners. It’s 20 miles long and runs from Travelers Rest to the city of Greenville. Stop along the way to enjoy one of the beaches or restaurants.

Georgetown sits about halfway between Myrtle Beach and Charleston on Winyah Bay. It’s the third oldest town in South Carolina and an excellent place for history buffs to visit. Boating and fishing are also prevalent.

Local rice planters made the town the wealthiest county in the 13 original colonies in 1690. Unfortunately, this also meant the African slave population accounted for about 85% of the total population of Georgetown through the 1800s. The town survived the collapse of the rice culture during the Civil War, but hurricanes devastated the region in the 1800s to end rice crops. Today, Georgetown’s historic district contains plaques that tell the story of its past.

Several fun and informative tours will guide you through this small town. For example, you can take an educational tour of Georgetown on the Swampfox Tram. Or go on a walking tour with a local historian or a ghost tour.

Georgetown also has several museums. The Rice Museum starts in the Old Market Building, which was constructed in 1842 and initially used as a courthouse and jail. In 1857, the town added a clock. It was the first building in Georgetown named to the National Register of Historic Places.

The small town of Beaufort is on Port Royal Island, which lies between Edisto Island and Hilton Head Island. Sheltered from the Atlantic Ocean, Beaufort sits among the many inner coastal waterways of the sea islands. The town is known for the antebellum mansions in the downtown historic district.

You can go on self-guided tours of Beaufort’s historical markers, churches, and more. There’s a map of the markers and their GPS coordinates on BeaufortSC.org. We recommend checking out some of the antebellum mansions as well. Most are private residences that you can only view from the outside. But Cuthbert House Inn is a pre-Civil War mansion transformed into a bed and breakfast. You can check it out and even reserve a stay.

Many come to Beaufort for kayaking and paddleboarding. Its unique waterways make water sports easy and scenic. There are several places to rent equipment, including Higher Ground, which also has guided tours.

Like most towns in South Carolina, there are also golf courses on Port Royal Island. They’re a great way to take in the beauty of the island while getting some exercise.

Bluffton is only 30 miles south of Beaufort. You can visit these two small towns in South Carolina on the same day. Bluffton, in the heart of Lowcountry, sits on a bluff overlooking the May River. Old Town Bluffton is a must-see and sets the tone for your experience in this town.

Southern hospitality suffuses Bluffton. From history to shops, the town is a fun stop on a road trip or for a weekend stay. They have periodic festivals and street fairs. They also have a farmer’s market that comes highly recommended.

The Church of the Cross is a historical site worth a visit. E.B. White designed the current building, which was constructed in 1854. Palmetto Oaks Sculpture Garden is another fun stop. It’s a beautiful walk through the sculptures and only one mile from historic downtown.

Walhalla is a small town at the foothills of the Blue Ridge Mountains. Close to the Georgia border, it’s approximately two hours from Atlanta. Walhalla has a rich history and mountain vibe. If you visit during the fall, the changing colors of the leaves are breathtaking.

The town has some good comfort food eateries, including pizza, Mexican, and southern cooking. But after you fuel up, there’s a lot of opportunities to play. The town provides access to the Palmetto Trail from the sea to the mountains across the state. You can hike or bike the trail. The Stumphouse Mountain Bike Park in Walhalla also offers a network of additional trails.

The Blue Ridge Railroad Historic Trail is a great adventure. It’s a 2.5-mile moderate hike. The trail follows an unfinished 19th-century rail bed. You’ll get to see three abandoned tunnels on the hike.

York is in upper South Carolina, about 85 miles north of Columbia and 35 miles from Charlotte, N.C. The town of York is a little piece of country heaven. With around 8,000 residents, it has a lot of character, history, and tradition.

York has some good dining and shopping options downtown. In the summer, they have a concert series. You can find dates and band lists on the city’s website.

The town and surrounding county offer a lot of outdoor adventures and historical attractions. Hiking trails and paddling options are plentiful. In addition, York County has many waterways for kayaking, fishing, boating, and more.

As with many small towns in South Carolina, history comes alive in museums, landmarks, and tours. For example, York County was a battlefield during the American Revolution. Historic Brattonsville is a 775-acre Revolutionary War site. You can visit the plantation there, hear about the African American story, and learn about historical farm techniques from costumed interpreters. 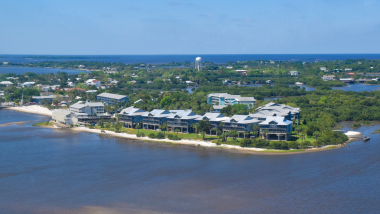 How to Spend a Great Day in Cedar Key, Florida 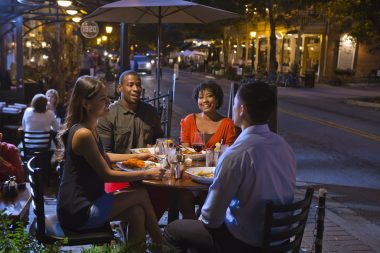 How to Spend 24 Hours in Canton, GA