It’s no secret that small towns hold a particular draw for travelers all over the world. Though many tourists flock to the cultural centers of big cities, small towns offer a certain charm that is hard to overlook.

In this article, we’ll look at seven of the best small towns in Michigan. When you think of Michigan, you may imagine life in the major cities like Detroit or Lansing. However, several smaller towns are worthy of your attention as well.

Let’s dive in and learn more about what Michigan has to offer.

Michigan’s Small Towns Are Worth Visiting

If you haven’t spent much time in small towns, you may not be aware of the treasures they have to offer. Across the United States, small towns have been drawing visitors for decades.

The small towns in Michigan are no exception. Hiking trails, ski slopes, and beach-side resorts are just a few of the enticing features that call out to curious travelers.

Whether you consider yourself an outdoor adventurer or a keen observer of art and culture, you’re sure to find a town mentioned below that piques your interest. Without further ado, let’s look at some of Michigan’s best small towns.

About the Town: Saugatuck lies on the shores of the eastern part of Lake Michigan. It’s a small beach town that, despite its population of just over 900, boasts a vibrant cultural experience.

Founded in 1868, Saugatuck quickly became known for its art scene and was already an attractive destination for culture seekers by the end of the 19th century. Its name comes from a Native American word meaning “stream.” Today, people visit for the creative community, great breweries, and culinary excellence.

Must-See Attractions: When visiting Saugatuck, check out Oval Beach. While there, you can enjoy a variety of water activities, including paddle boarding and a ride on an evening schooner.

After you’ve had your fill of the beach, take a trip over to Saugatuck Dunes State Park to enjoy a walk through the trails. If you need a more challenging hike, try hiking to the top of Mt. Baldhead for a beautiful view of Lake Michigan.

Why You Should Visit: Nicknamed the “Art Coast of Michigan,” Saugatuck offers visitors and residents alike the opportunity to explore some of the best the state has to offer. With its award-winning beaches and renowned culinary scene, you’re sure to find something that piques your interest.

Traveler’s Tip: Venture into the city as you hit up these small towns in Michigan and visit the five of the best breweries in Grand Rapids.

About the Town: Mackinac Island is perhaps the most well-known small town in Michigan. Located on Lake Huron, this resort destination was home to an Odawa settlement until Europeans colonized the area in the 17th century.

From there, it became a significant fur trading post. It didn’t become a popular destination for tourists until the late 19th century. The town has preserved many of the buildings and much of the architecture from that time.

Because of its rich history, the island is National Historic Landmark. Today the island boasts a population of just over 400.

Must-See Attractions: From the world-famous Grand Hotel to the historic Fort Mackinac, there’s much to see on a visit to the island. Be sure to grab a slab of Mackinac Island fudge on your way to the Jewel Golf Course, an eighteen-hole green split into two unique nine-hole experiences.

On rainy days, take a trip to one of the island’s famous butterfly conservatories or stop in to see one of the working blacksmith shops. No cars are allowed on the island, so a scenic trip by horse-drawn carriage or a bike tour around the island is the preferred way to experience the town.

Why You Should Visit: Mackinac Island is famous for a reason. Its beauty and historical significance are hard to exaggerate. It’s easy to see why the town is known as the Jewel of the Great Lakes. Whether you’re traveling solo, with friends, or with children, there’s something for everyone to enjoy on Mackinac Island.

About the Town: Named after James Ludington, a logger whose booming business brought growth to the surrounding area, the town of Ludington was founded in 1873. Originally used as a hub for trapping and fur trading, the town is now an optimal location for outdoor activities. The largest city in Mason County, Ludington has just over 8,000 residents.

Must-See Attractions: Ludington is an excellent destination for those looking to enjoy the outdoors while exploring the best small towns in Michigan. For hiking trails and scenic views, try Ludington State Park. There you’ll also find the Big Sable Point Lighthouse, one of two lighthouses the town contains.

If you’re looking for some time at the beach, try Stearns Park. The sandy shores boast several attractions, including a mini-golf course, playground, and skate park.

Why You Should Visit: Ludington is a great spot for more adventurous travelers to visit due to its particular climate and terrain. It’s the perfect place to find a vibrant fishing culture and active hunting and boating life.

Disc golf is a particular favorite pastime among the locals. If you’re looking to see another side of what life in Michigan has to offer, Ludington could be a great place to spend some time.

About the Town: Originally colonized by the French in the 1600s, Marquette began as a mining town. Today, it still holds close to those roots as it mainly operates as a shipping town, sending out iron ore from the nearby mines.

It’s located in the Upper Peninsula of Michigan on the shores of Lake Superior and is home to over 20,000 full-time residents. In 2012, it was named one of the best places to retire in the United States by CBS Moneywatch.

Must-See Attractions: Marquette is an exciting vacation destination. Complete with museums and art galleries, this small city is an impressive cultural hub. In addition, due to its location in the Upper Peninsula, it’s a great place to see the Northern Lights throughout the year.

During the day, the city offers many outdoor activities as well. There are four waterfalls within driving distance as well as several historic lighthouses. Swimming in Lake Superior in the summer and skiing Marquette Mountain in the winter are popular activities for locals and visitors alike.

Why You Should Visit: Like Ludington, Marquette is a city that’s perfect for outdoor activities. With the number of hiking trails and aquatic opportunities, and an impressive craft brewery scene, there’s plenty to see and do in this city rich with history.

After the War of 1812, this area saw more colonization. An influx of settlers made their way into this space. It became an officially recognized town in 1867.

Beautiful sandy beaches line the coast of Lake Michigan and offer an excellent place to relax within the park. Grand Haven also has designated beaches for dogs and other pets, making this an excellent spot for your four-legged friend to chase the waves.

The Grand Haven Musical Fountain is also a must-see attraction. Created in 1962, this impressive fountain processes 90,000 gallons of water per show and synchronizes with lights and music. Along the Grand Haven Boardwalk, you’ll find a picturesque lighthouse overlooking the stunning Grand River.

Why You Should Visit: Grand Haven is truly a waterside town, complete with tons of water activities and fun all year round. Several festivals take center stage in the town throughout the year, so there’s always something new to see no matter when you choose to visit.

About the Town: Petoskey is a resort city that borders Lake Michigan. Officially declared a city in 1895, it was a popular destination for fur trading. It was also home to the Odawa people. Today, it has about 6,000 residents and is one of the best small towns in Michigan.

Must-See Attractions: While there are things to do year-round in Petoskey, it’s especially exciting during the winter. It’s a big hub for skiing and snowboarding, among many other winter sports.

Nicknamed “Michigan’s Winter Funland,” Petoskey prides itself in offering a wide selection of fun seasonal activities for the whole family. In addition, Petoskey has an indoor water park, a casino, and several spas.

Why You Should Visit: If you’re a winter sports enthusiast, Petoskey could be the place for your next vacation. Its small population and impressive winter amenities make it an attractive spot for the adventurous traveler.

About the Town: Frankenmuth is perhaps the most unique spot on this list. Settled in 1845 by German immigrants, Frankenmuth’s location was chosen due to its resemblance to the German town of Mittlefranken. That’s where the majority of the immigrants originated.

Up until World War II, Frankenmuth’s residents primarily spoke German. Many remained staunchly loyal to Germany and their heritage. Much of the architecture and signage of Frankenmuth and the surrounding towns remain heavily influenced by German culture. Currently, it has just under 6,000 residents.

Must-See Attractions: Frankenmuth has much for visitors to see and do. It has a lot of cultural significance and is very different from most of the state.

The town, though small, is home to the biggest Christmas store in the world. There are festivals all year, including the annual Oktoberfest in September and the famous Balloons Over Bavaria Inn. Frankenmuth is also home to two of Michigan’s best indoor waterparks.

Why You Should Visit: Frankenmuth is for those who are looking for something a little different. If you want to travel the world without spending a ton, Frankenmuth could be a great option. There are plenty of opportunities to experience the German language and culture within this small and beautiful town.

Michigan Has a Lot of Great Small Towns to Offer

There you have it — seven of the best small towns in Michigan. It’s clear from the list above that the state has a lot more to offer than just bustling city life. Whether you’re drawn to dreamy Mackinac Island or the slopes of Petoskey, these small towns have something for everyone. 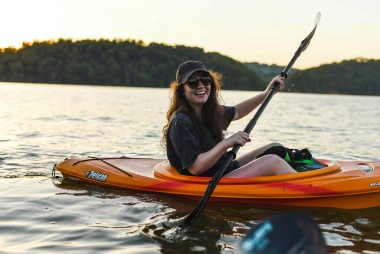 5 Reasons to Make Calvert City, KY, Your Next Getaway 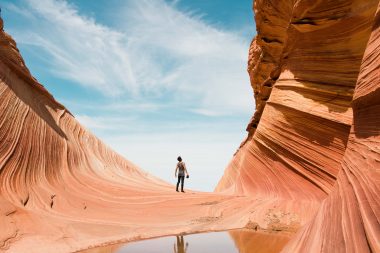