Many have enjoyed New Orleans and Baton Rouge, but the small towns in Louisiana may be where the authentic flavor is. Our tour of the Bayou State includes stops along the back roads that will help you see Louisiana in a whole new light.

Among the swamps, bayous, and former grand plantations are colorful regions with their own subcultures. In these smaller communities, you won’t find the debauchery of Bourbon Street or a non-stop carnival atmosphere. There’s a good chance, though, that you’ll encounter down-to-earth, friendly folks who love where they live.

Let’s check it out!

Louisiana, which lies deep in the South between Texas and Mississippi, became a state in 1812. It was part of the vast territory that the United States acquired in the Louisiana Purchase in 1803. Although there was a 40-year stint of Spanish rule before the Purchase, it was primarily under French control and is named for King Louis XIV.

To this day, French accents and place names are still familiar in parts of the state. Some of the state’s laws and some government organizations are throwbacks to the old country, too. For instance, while other states parcel their regions into counties, Louisiana calls them parishes.

Why Should You Visit Louisiana’s Small Towns Instead of Its Big Cities?

Louisiana has many other distinguishing characteristics, too, and they can be on more authentic display in smaller communities. New Orleans and even Baton Rouge have become more gentrified to certain extents because people from all over the world have settled there.

To best experience the true essence of Louisiana, head toward those smaller dots on the map. You can still get a feel for classic Louisiana in these outlying towns without big-city problems like major crime and congestion.

Turn off the interstate and onto some secondary highways to experience seven of Louisiana’s interesting and welcoming communities. These terrific small towns in Louisiana have found a way to move forward while embracing their pasts.

About Breaux Bridge, LA: Once you breathe in the aroma of boiling crawfish, you won’t forget it. It’s an almost overpowering odor in early May when Breaux Bridge hosts its annual crawfish festival. This tight-knit community of around 8,000 throws its arms open to visitors interested in learning about its unique Cajun culture. It results from an influx of French-Canadians (many from Acadia) in the late 1700s.

Things to Do in Breaux Bridge: Besides sampling the spicy cuisine, you can stroll along the downtown streets and dance the two-step to Cajun and Zydeco sounds. Tour a preserved plantation to see how sugarcane was made or venture out to the nearby Atchafalaya National Forest. The plant from which Tabasco sauce comes is a short, beautiful drive away. It’s in an area called Avery Island that has exotic wildlife.

What Makes Breaux Bridge Special: It’s pretty much the epicenter of the unique Cajun culture or at least a gateway to it. You’ll learn that the residents’ pride in their unusual background is what helped them hang on to it.

About Natchitoches, LA: The French established this city on the Red River in 1714 in part to ward off Spanish advancement from Texas. Later, it was one of many Louisiana communities that prospered with sugar cane plantations. Today, Natchitoches is a warm and vibrant community of around 37,000. Sadly, it’s also known as the place where folk singer-songwriter Jim Croce died in a plane crash in 1973.

Things to Do in Natchitoches: Walk the charming red-bricked Front Street area and see the city’s agricultural past at the Cane River National Historic Park. Stretch your legs along the river or the oxbow lake. And discover the state’s absolutely wild political history at the Louisiana Political Museum in nearby Winnfield.

What Makes Natchitoches Special: With time spent under French and Spanish rule, Natchitoches has architecture that reflects those periods. Like most areas of Louisiana, there’s a unique culinary tradition here, so don’t leave without getting your hands on an authentic Natchitoches meat pie.

About Abita Springs, LA: Across Lake Pontchartrain from New Orleans, this longtime retreat from the city has brewed up its own quirky personality. Once believed to be therapeutic, the artesian wells have long been a popular draw. The water’s being put to great use these days at the Abita Springs Brewery, luring a more youthful and adventurous segment of visitors.

Things to Do in Abita Springs: The namesake brewpub and restaurant should be your first stop in Abita Springs. (If beer’s not your style, they concoct a killer root beer and other sodas.) Visit the Trailhead Museum – right in the middle of town – to see photos of yesteryear’s resorts. Head out on foot or wheels toward the Tammany Trace, a popular rails-to-trails hike-and-bike path.

What Makes Abita Springs Special: There’s definitely something in the water here besides hops, barley, and yeast. This little town nestled in the oaks and pines embraces its own separate identity but treasures the fact that it’s a quick, easy drive to and from the city.

About Houma, LA: Just 55 miles southwest of New Orleans, Houma is deep in Bayou Country, where there seems to be as much water as there is land. These valuable wetlands make for fun wildlife watching and other outdoor excursions. Back on solid ground, this city of around 32,000 people offers shopping, dining, and lively nightlife.

Things to Do in Houma: If you don’t know how to dance to Cajun music, this is one of the best places to learn how. Follow the Wetlands Cultural Byway to find out how these resourceful people lived off the land (and water) by fishing and trapping. The art gallery downtown shows how this wet landscape and watery way of life inspires the local artists.

What Makes Houma Special: Wetlands like these are disappearing rapidly. Houma is a homey place to enjoy them while they remain. The area is perfect for spotting critters on a swamp tour or chartering a boat for an unforgettable fishing trip.

About St. Francisville, LA: On the Mississippi River north of Baton Rouge, this historic town of around 1,600 has a rich farming heritage. St. Francisville also a longtime hotspot for bird watching and is close to the state’s infamous Angola Penitentiary.

Things to Do in St. Francisville: Walk in the footsteps of wealthy plantation owners and their laborers for an eye-opening glimpse into the past. Rosedown Plantation, one of many in the area, has numerous houses and buildings, plus 28 acres of vibrant formal gardens. The Cat Island National Wildlife Refuge, a popular birding spot, also has many trails near and along the river bluffs.

What Makes St. Francisville Special: It’s in the heart of the so-called Plantation Country, so you learn all about the farming practices of days gone by. The nature preserve attracts a healthy share of eco-tourists, as well.

About Eunice, LA: If Eunice had a theme song, it would be played on accordion. It’s almost the Cajun music headquarters. This prairie town of around 9,600 people is in south-central Louisiana, kind of between Lafayette and Lake Charles.

Things to Do in Eunice: If you haven’t had a taste of jambalaya or boudin yet, order up a serving of both. Brush up on the local sounds at the Cajun Music Hall of Fame and Museum. If you’re fortunate enough to land here on a Saturday night, check out the live broadcast from the Liberty Theater.

What Makes Eunice Special: Eunice happily exists in its own universe as the home of the Prairie Acadian Cultural Center. It’s about a two-hour drive from New Orleans, but we wouldn’t be surprised if some of these townsfolk have never been to the big city.

About Covington, LA: On the North Shore of Lake Pontchartrain, Covington is a small city of around 10,500. It’s a quick commute from New Orleans and is a revitalized bedroom community that’s conveniently off the path of three different interstate highways – 10, 12, and 59.

Things to Do in Covington: Go shopping at the revived general store that dates to the 1800s, and scour the antique shops for diamonds in the rough. The town’s rebirth includes a handful of convivial brewpubs on and around Lockwood Street. Explore the Bogue Falaya River in a kayak or on a paddleboard.

What Makes Covington Special: You can feel the renewed energy in the historic downtown area. What was once aging and decaying feels vibrant with a surplus of positive energy and hopeful hometown pride. And it’s surrounded by the natural beauty and resources that help Louisiana live up to its billing as a “sportsman’s paradise.”

Traveler’s Tip: Keep exploring the southeast and check out 7 inviting small towns you should visit in Mississppi.

Don’t Miss Out on These Small Towns in Louisiana

New Orleans, especially its French Quarter, is known for its anything-goes and all-night-long attitude. You might not find endless parties in places like Covington, Eunice, and Natchitoches, but they embody the same live-and-let-live spirit.

The pace is a little slower in the small towns in Louisiana, but they share a certain kind of enthusiasm. This contagious mindset, you might say, is what the French call joie de vie.

What are your favorite places to visit in Louisiana? 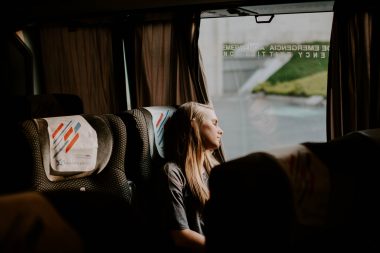 Is Riding a Greyhound Bus Dangerous? 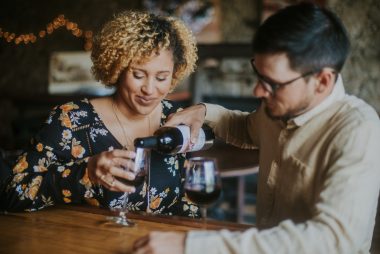 5 Wine Tasting Festivals in Florida You Don't Want to Miss