Home News & Opinion 5 Best Breweries in Tampa, Florida, You Have to Visit

5 Best Breweries in Tampa, Florida, You Have to Visit

There is an unbelievable amount of breweries in Tampa, Florida. The state overall hosts nearly 400 breweries, but Tampa hasn’t been shy about becoming home to more than its fair share of them.

However, it’s not just a sheer numbers game, as Tampa truly does have an array of breweries to offer. Some of them cover nearly every style imaginable, while several others specialize, crafting every style variation.

Whatever type of beer you’re looking for or whatever ambiance draws you in, the Tampa craft beer scene has a brewery to match your desires. It’s quite the chore to narrow the offerings down to the five best breweries in Tampa, but we did our best. So let’s start sipping.

Go on a Brewery Tour of Tampa, Florida

There are around 100 breweries in the greater Tampa area, located roughly midway down Florida’s Gulf Coast. So there are plenty to visit if you have the time.

But if you want to sample the best that Tampa offers, we have a sampling of breweries that covers a wide range regarding what’s coming out of the taps and what kind of atmosphere you can expect in the taproom.

Tampa has everything from the smallest nano breweries tucked into out-of-the-way spaces to large taprooms and brewpubs.

The five must-try breweries in Tampa we chose cover the gamut. There are small intimate spaces, eclectic offerings, and large enough places to host their own brewfests.

We’re not kidding. There are actually more than one or two Tampa breweries that host sizable tasting events.

We also covered the gamut of beer styles available. That’s often not an easy chore, but the Tampa beer scene has several breweries that have an insane amount of taps, so some of the breweries below cover a lot of ground on their own.

Coppertail is a mysterious sea creature that causes mischief and mayhem for people and other sea creatures in the waters of Tampa Bay.

Best Known For: Many know it for its historic building, with reclaimed wood from the Arturo Fuente building. It also has a refurbished bar foot rail built from a long-buried train rail unearthed during construction. The taproom is full of old relics with interesting stories.

Coppertail has 20 tap handles, which the brewer fills with a wide variety of beer styles to tempt you into a bit of mischief yourself. They also have a Helping with Hops Charity of the Month program, where Coppertail employees pick a charity and a portion of beer sales for an entire month benefits that charity.

Know Before You Go: Coppertail serves a variety of gourmet bar foods, ranging from wings and sliders to salads, burgers, sandwiches, tacos, and pizzas. They also have vegan options. The spacious outdoor patio is dog friendly. Coppertail regularly hosts various events, such as beer and food pairings, concerts, and more.

Best Known For: Tampa Bay Brewing is known for its Florida-centric brews, but they cover a wide range of styles with 24 handles to fill at each location. Regarded for its annual Bad Ass Beer Fest, it hosts other breweries from around the United States and even Europe.

Know Before You Go: One of the top breweries in Tampa, Florida, this brewery has a dog-friendly outdoor patio complete with water dishes and a doggie dining menu. They also serve beer-infused and locally influenced food for humans and have a full bar, including wine and cider.

Tampa Bay Brewing’s crown jewel is the aforementioned Bad Ass Beer Fest, but they also host several other events and activities. These include raising money for organizations that preserve and protect Florida’s natural habitat, wildlife, and marine environment. Money is also raised for groups that provide community and family assistance in the Tampa Bay area.

Traveler’s Tip: Wanting to take Florida beer back to your home state? Find out if you can carry beer across state lines.

About 81Bay Brewing: 81Bay Brewing is all about the beer. In fact, their motto is “Beer for people who love beer.”

They have a large, spacious taproom with murals all over the walls and enough room to host a wide range of events. They’re centrally located with easy access from St. Petersburg or Tampa.

Best Known For: Aside from producing great beer that touches on numerous styles, 81Bay Brewing is also known for being a place to hang out, drink, and play games. And they’re serious about it. 81Bay has ping pong, foosball, pinball, video games. You name it.

Know Before You Go: 81Bay is one of the dog-friendly breweries in Tampa, Florida. They serve pizza, but their food options are otherwise fairly limited.

The brewery has huge spaces to host all types of events such as music, wrestling, and private parties. They also have regular brewery entertainment, such as bingo nights and trivia nights.

Best Known For: Besides its funky character, Hidden Springs Ale Works is best known for the creativity it brings to its beers. They are widely regarded for their sours and fruited beers, as well as an array of big, boozy stouts that often blow past the 10% alcohol by volume (ABV) mark!

Know Before You Go: Hidden Springs is more than dog friendly. They often offer discounts if you bring your dog and don’t serve food.

They also host some interesting events. They frequently have a succulents night, where you plant some succulents and then take them home. They also host Tarot Card readings, have unique food and beer pairings like beer and flan, and more typical brewery events like trivia and painting nights.

About Angry Chair Brewing: Having opened in the Seminole Heights neighborhood in 2012, Angry Chair has had plenty of time to build a solid reputation, which they have forged mainly around a very specific approach to the beer they brew including lots of barrel-aged and bottled options.

Angry Chair’s name stems from the idea that everyone has an angry chair or something that makes them angry or frustrated. Angry Chair is the place to realize that you have one but can escape it.

Best Known For: Stouts! There are a few other offerings, but Angry Chair makes no bones about it. They love brewing stouts. They’re good at brewing stouts.

And they make them big and boozy. You’ll be hard-pressed to find many beers below 10% ABV at Angry Chair. There are a few, but not many.

Know Before You Go: Angry Chair is dog friendly, but they do not serve food. And with the high abv of most of its brews, it’s probably a good idea to bring food of your own or order from a nearby restaurant.

They host some events, but they focus on big beers – and Ric Flair. Before you go, one really good thing to know is that parking is extremely limited. So it’s advisable to check the parking map on their website.

As you can now see, breweries in Tampa, Florida, are craft beer fans’ nirvana. Anything your liver desires and more can be found there.

Tampa often flies under the radar a bit when talking about the craft beer meccas of the United States. Portland, both in Maine and Oregon, Denver, Asheville, San Diego, Seattle, and others often get mentioned first. But don’t sleep on Tampa.

There is any kind of beer or brewery that you could want, and it’s all for the having right along the Gulf Coast of the Sunshine State.

When will you pay one of these breweries a visit? 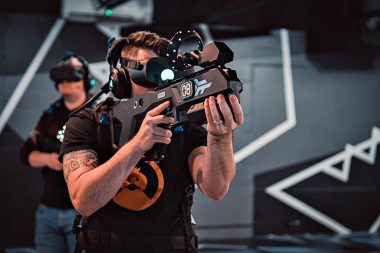 7 Reasons to Make Addison, TX, Your Next Getaway 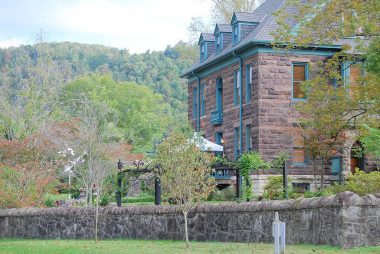 How to Spend a Perfect Day in Big Stone Gap, VA