13 Best Breweries in Clearwater, Florida, You Must Try

The many breweries in Clearwater, Florida, have some of the best craft beverages, artisanal meals, and quaint, relaxing spaces around. Spending time in a beach town, beer in hand, soaking up the sunshine is a brilliant way to relax while getting to know more about the local community.

We’ve got 13 of the best breweries here to get you started on your Gulp Coast trail of breweries in Clearwater, Florida.

Clearwater, Florida, is located near the Tampa Bay area on the central Gulf Coast side of Florida. Home to about 118,000 people, visiting here is like coming home to a small town with all the amenities of a large city.

Clearwater has pristine white sand beaches, a Beach Walk Promenade, and coastal views from Pier 60. It also boasts the Cleveland Street District, where you can experience elegant and casual dining, shopping for every taste, and art galleries galore. And while exploring all of this and more, you’ll come across a plethora of craft breweries on the Gulp Coast.

What Is the ‘Gulp Coast?’

The Gulp Coast is a stretch of breweries along Florida’s central Gulf Coast region and includes about 35 of Florida’s best breweries. In the Clearwater area alone, there are more than 20 breweries. Brewery hopping here takes on a new meaning when you also experience the beauty of the Gulf Coast along your Gulp Coast trip.

Why Are There So Many Breweries in Clearwater, Florida?

Breweries all across the U.S. are known for their collaborative characteristics, and brewers here are no different. With beercations on the rise, having more than one brewery in the area makes sense. It creates a fun adventure hopping from brewery to brewery.

Traveler’s Tip: While experiencing the brews in Florida, you’ll also want to give Florida wine a try.

13 Best Breweries in Clearwater, Florida, You Must Try

Including Dunedin and Safety Harbor, Clearwater breweries are some of the best. Let’s check out 13 breweries in Clearwater, Florida, that you need to check out.

About Brewery: A group of friends who love craft beer opened the Clearwater Brewing Company in May 2019. They took over an old gas station and artfully turned it into a classic brewery and taproom. Now, they have 14 taps ranging from IPAs to browns, stouts, wheats, and even a Belgian Quad, and more.

They also craft tacos, sliders, and nachos. Wine and cider are available, too. Along with the beer, you can enjoy classic brewery events such as live music and open mic night. Don’t miss their drum circle and yoga sessions.

About Brewery: The Clearwater location is Big Storm’s main brewery production space out of the four locations in Florida. And with a 3,500-sq-ft patio with 19 TVs, not only will you be able to enjoy their many taps, but also your favorite sports.

Not a fan of beer? Try one of their handcrafted vodkas, malt whiskeys, or rum made from Big Storm Distilling. And pair either the beer or the spirits with the popular Nashville chicken sandwich, one of their mouth-watering burgers, or Mahi tacos. They also roast their own coffee.

Their notable beers include a tangerine IPA, a chocolate cherry imperial stout, and the rarely seen Belgian Quintuple. But it’s their sour program that makes Big Storm Brewing Company one of the best breweries in Clearwater, Florida.

About Brewery: Dunedin Brewery is Florida’s oldest microbrewery with its 1996 opening. While it’s known for its beer, it’s also a staple in the local music scene. You can rock out to touring and local acts with free admission.

This Clearwater, Florida, brewery has 14 beers on tap. That includes some unique brews such as an oatmeal pale ale with peaches, an apricot lemon shandy, and rotating selections of cask ales.

About Brewery: If you’re looking for an eclectic and unique brewery experience, then Grindhaus Brew Lab is the brewery for you. This nano-brewery is also a movie-themed brewery offering popcorn and snacks along with its craft beer served in beakers.

Being a nano-brewery, they focus on small batch and experimental beers. That includes a dill pickle and jalapeño gose, several Berliner Weisses, smoked beers, and many unique releases depending on the season. It’s also a homebrew shop.

Must-Try Beer: With consistently rotating taps, you’ll just have to ask the bartender for their recommendation.

About Brewery: Southern Lights Brewing Company was founded in 2015 and is a no-frills nano-brewery. Focusing on small-batch beers, they craft a variety of styles for their 12 taps, including smoked porters, Saisons, Belgian tripels, pilsners, hefeweizens, and more.

About Brewery: The team at Troubled Waters Brewery are risk-takers and adventurers. With five generations of the Shanks family calling Safety Harbor home, this brewery is all about community. The Shanks father and son team founded it in 2019. They’ve created a cozy, nautically themed brewery that goes quite well with the beach towns in the Clearwater area. Here, you’ll enjoy live music and open mic sessions while sipping on pale ales, classic IPAs, porters, ESBs, sours, wheats, and even ciders and seltzers.

About Brewery: This brewery in the Clearwater, Florida, area is a true brewery experience. Located in an old auto body and paint shop turned brewery, Crooked Thumb has 15-20 beers on tap.

You’ll be well shaded from the heat with the natural canopy of trees on the patio while enjoying yard games, live music, trivia, and vinyl nights. They also have a rotating selection of food trucks.

Along with the rotating food trucks, there are also rotating brews, from light beers such as pilsners and lagers to the darker beauties of a Munich Dunkel and milk stouts. IPAs are on tap, too, along with their unique sours, such as their banana cream pie brew.

About Brewery: Woodwright Brewing started with an idea from the creativity of a family that owned a woodworking shop. Handcrafted woodworking art shines throughout the brewery and taproom. Built and brewed for the community with elegant rustic qualities, this barn-style brewery invites coziness both inside and out. Join the community for bluegrass jam nights around the fire while enjoying a beer, wine, or cider.

Woodwright Brewing focuses on the classics with their beers as well. Many of their German and European styles follow the Reinheitsgebot law, the German purity law stating that only water, barley, and hops (yeast was inferred) should be used in brewing beer.

About Brewery: This Clearwater, Florida, brewery opened in 2012 and now has 10 taps serving up classic craft brews from porters and Saisons to lagers and IPAs. But what they really do well is their sours highlighting the Berliner Weisse. 7venth Sun Brewery even created a series known as Florida Weiss beers that complements Florida’s sunshine and coastal weather.

Must-Try Beer: Pink Dreams (are Made of This) Pink Guava, Mango, and Marshmallow Sour

About Brewery: Cueni Brewing Company is named after the owners’ surname and opened in 2016. Its colorful picnic tables and palm trees have a quirky Key West vibe. And the beers stand out as much as the ambiance does, especially their spicy pickle sour gose and hazelnut porter. While they focus on English ales and Belgians, you can find almost any style of craft here.

About Brewery: Originally a taphouse in 2009, HOB Brewing is now a full brewery with more than 20 taps. Those taps feature unique brews such as a cool cucumber IPA, a peanut butter blonde, and a lemon pepper wit. The brewery has a buzzing patio scene along with epic pizza. Corvo Bianco Woodfired Cookery is on-site serving pizzas and more with their mouth-watering organic ingredients.

About Brewery: Although Soggy Bottom Brewery has a bit of an industrial feel, it’s more of a prohibition-style brewery that naturally brings the community together over a beer. Some of those beers include IPAs, browns, and ambers. And along with traditional brewery events such as music, you’ll also find movie nights here, along with fly casting lessons.

About Brewery: The historic 1925 Dunedin Times Building is home to this Clearwater, Florida, brewery, which opened in 2017. The name, Caledonia Brewing, recognizes the local Scottish heritage. And you can’t have a nod to the Scots without having a Scotch Ale on tap.

Along with their Scotch Ale, they’re also brewing up blondes, IPAs, Dubbels, Quads, and more. They serve wine, seltzers, ciders, and even sangria, too. Wander over to Caledonia Brewing to experience the neighborly ambiance of rustic concrete floors and brick walls. Alongside events that include trivia, music, and game nights, you can also enjoy music video nights and beer pairing dinners at this neighborhood hangout.

Come for the Beach, Stay for the Breweries in Clearwater, Florida

While you probably came to Clearwater because of the beach, you’ll stay for the breweries. The beers, food, and people can make your trip to Clearwater more memorable than you thought possible. These breweries aren’t just fun tourist stops. They’re part of the local community.

Which of these Clearwater, Florida, breweries will you try first? 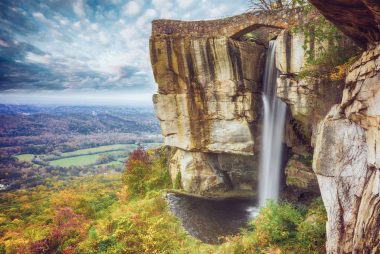 These Popular Southeast Destinations Are Overrun with Tourists 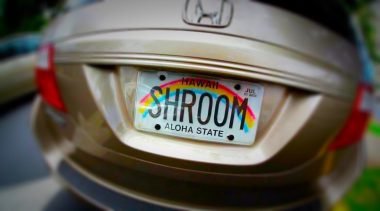 We’d Move to These States Just for the License Plates